Righto, I’ve been given permission by David Fincher to show some pictures from the now defunct version of the new ‘Heavy Metal’ film which I’ll scatter through this brief summation. A few years ago I saw a thing on You Tube called 'Rockfish' a short CGI-animated science fiction story. I thought it was good and finding the email of the guy who did it, one Tim Miller at Blur Studios http://www.blur.com/ I sent him a message saying how much I enjoyed it. Tim thanked me, glad I liked it since he had books of mine on his shelf. A while after this he told me about this Heavy Metal film and asked if I had short stories they might use. 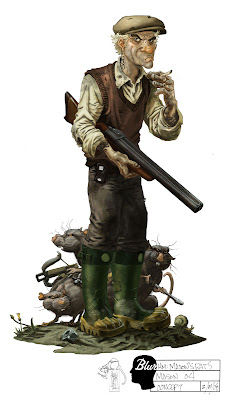 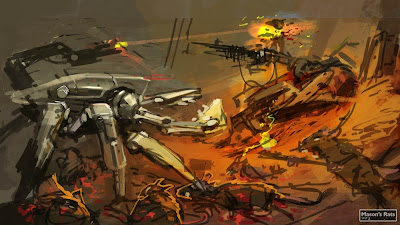 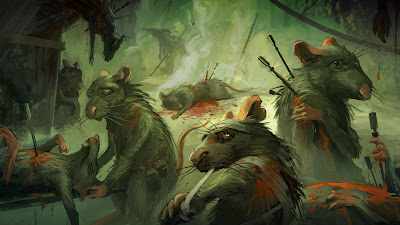 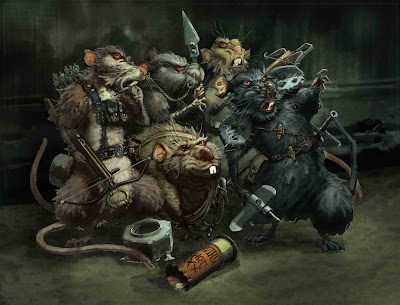 I sent loads, they selected some and I altered some, amalgamating the three Mason’s Rats stories into one and shortening Snow in the Desert. They asked me to write some specific ones, so I wrote one called Half Breed which was an orc/elf battle based on Rorke’s Drift, and a short piece called Dinopocalypse. And on story count my stuff made up two thirds of the film. It was all very exciting since the people involved were Tim Miller himself, David Fincher (Fight Club, Seven, Alien 3), Kevin Eastman (owner of Heavy Metal magazine and creator of the Ninja turtles) and subsequently other people were to be involved, like Gore Verbinski, Guillermo del Toro, Tarsem, Peter Chung and Jeff Fowler (film buffs will know these names) and latterly James Cameron. Also I began to see the artwork being commissioned, which was very good. 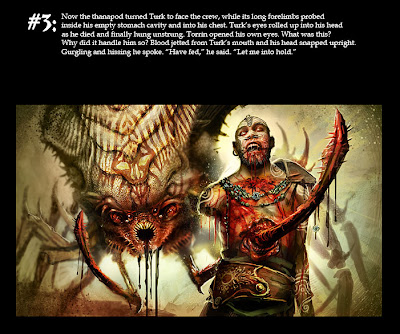 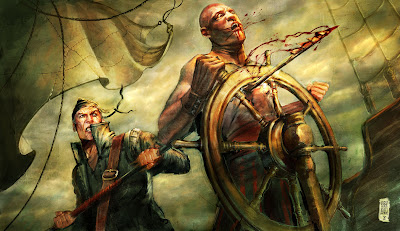 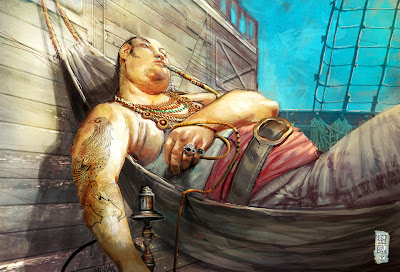 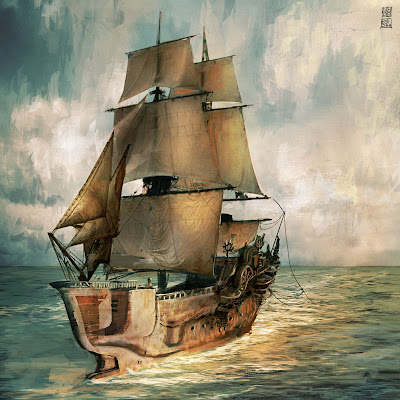 Initially the film was being looked at by Paramount, but they dropped out, and thereafter Fincher and Miller carried on hawking it around. At one point it went to Tom Cruise (he has a film company too), who looked at my story Snow in the Desert and thought it would make a good film by itself. However, all this was to no avail. Robert Rodriguez just optioned Heavy Metal and sadly he doesn’t get any of the stories/concepts/art that Miller and Fincher developed for their version of Heavy Metal.

Pictures from Snow in the Desert 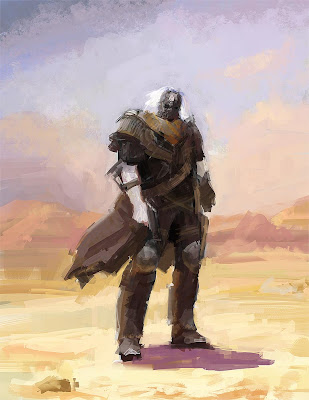 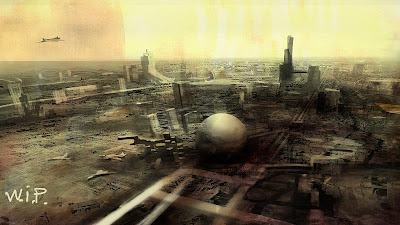 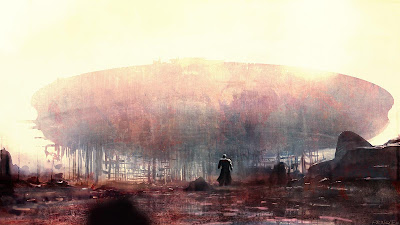 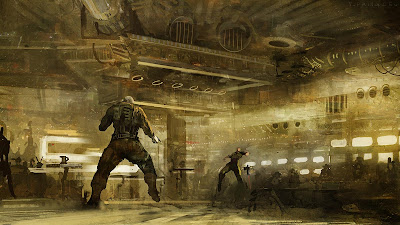 Now Snow in the Desert might be turned into a ‘feature’. That would be great, but I have no intention of holding my breath!

It seems you have a ringside seat to the first country bailing out of the Euro, not a good situation for any of us me thinks. In my lowly opinion the whole Greater Europe project is a busted flush, def time to get that safe, when Germany & France etc set up a new Northern Euro Bloc, little old Greece etc are going back to the 90's, and I don't mean in a "No X Factor or Big Brother" really good kind of a way!!!!

Your comment is on the wrong post, Jimmy, but no matter. Yeah, ringside seat but hopefully not getting dragged into the ring!

Wow, the pics look amazing, can only dream if what might have been.

Any info as to why Rodrigez doesn't get the already developed stuff (dont really know how this works!)

Sorry Neal! Not sure how that happened.

Those are some HARDCORE rats.
Too bad Hollywood works the way it does. Good stuff doesn't get made and we get crap like Priest.

One thing I've learned reading about the history of getting a movie produced is it takes years, and years, and years as well as some blind luck. Everyone is scared to commit to something new/different. Just watch the docu on Avatar and see how it barely made it and that's with Cameron pushing.

Oh shit! Now you got us all hooked on The Shield, night after night 4 or 5 episodes, it's a hard life!
Btw, nice pics!

I re-read Snow in the Desert just a week a ago, to pass a a flight to Dublin. And on the way back Garp and Geronamid.

shame all that work was for naught, but maybe something will come out of it - you never know.

The first problem with a film adapted from science fiction literature is the hype and expectation that the fans have.

To be successful, the screenwriter and director need to understand that the audience will include novices, and to appeal to both, elements of plausible science fiction, drama, romance, and adventure should feature.

It is unfortunately rather obvious to many (especially us fans) which of your stories, and books have the greatest screen appeal, and I fear, being one such fan, that large studios will butcher the essence and excitement of these tales.

To get the ball rolling, the look and feel of the stories has already been decided (by yourself, and the imagery formulated in the minds of the fans), so the most important element of the adaptation would be character development, the science fiction, the action sequences, and the meshing together of the plot strands.

So why trust a studio to rip the soul from the pages, and flesh it out in celluloid, when your fans can do a great job of it?

By the way, Christian Bale as Ian Cormac is a bad decision - I would think Ian should be a little less rough, but menacingly brooding (and Christian has overplayed this role in Nolan's Batman films), so I'd go with Edward Norton.