Here are the reissued covers of the Owner series. Not sure when these will be available but, they will be. I rather likes them. 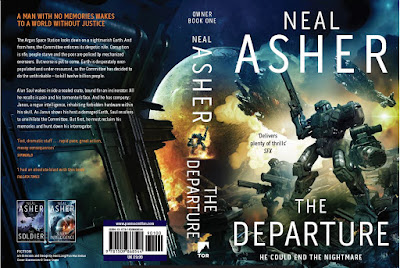 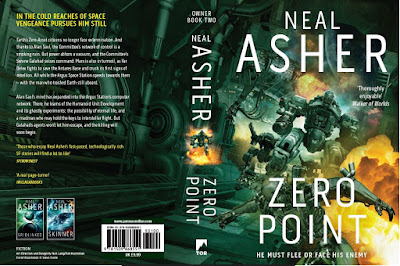 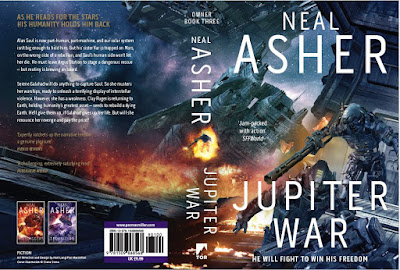 Excellent book. Implacable machines, time travel, Foucault's Pendulum. . . The anachronisms were few in this or I simply did not notice them. And by that I mean the look of the 'modern' technology and the behaviour of the people. There were of course anachronisms all the way through what berserkers and 'modern' humans travelling into the past. Reading this I have to wonder if it's a book James Cameron read in the past because, well, metal skeletons and the change in the last berserker.

I tried as hard with this but in the end abandoned it three-quarters of the way through. The hothouse world was interesting, weird and a bit of a fever dream, but the story weak. The aimless rambling of the characters made for an aimless, rambling book, and it is also difficult to care about characters when they range from stupid to plain ridiculous, like the 'tummy-belly men'. There was also a bit too much of the non-invisible author obviously searching to fill up pages with the next sparkly thing, then abandoning it. It all felt contrived and 'arty', as if asking me to acknowledge the statements and observations being made as clever, or amusing, and they weren't. I went from enjoyment at the start through to boredom then irritation reading this. Very little in the way of remembered reading pleasure here.

Militant A.I.s, virtual realities, augmented realities and alternative realities; a city where murderers stalk the streets, where drug lords rule the shadows, and where large sections of the population are locked in time stasis, but where tea is still sipped in cafés on the corner and the past still resonates with the future...

Neal Asher opens the anthology with a story set in his Polity Universe, Dave Hutchinson gives us a novelette from his Fractured Universe milieu, Jeremy Szal takes us to the world of his debut novel Stormblood, M.R. Carey, Aliette de Bodard, Geoff Ryman, Aliya Whiteley and a cast of equally talented writers transport us to Londons near and far... 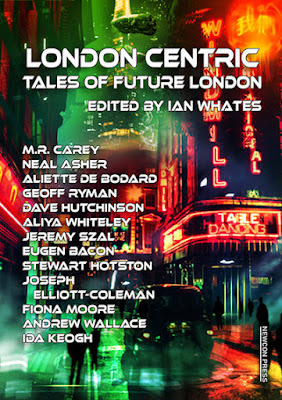 Available as an A5 paperback and a numbered limited edition hardback signed by all the contributing authors.
Posted by Neal Asher at 10:31 am No comments:

As I mentioned in a previous post, in seeking not to get wound up in the toxicity on social media lately, I’ve been looking elsewhere. There’s not been much new on the TV that interests me and for some years now I’ve been struggling to read books. Either I’m jaded or I write so much that my editing head is perpetually on. But I made an effort to get back into it and have found myself reading a lot of old SF just lately. Maybe a touch of nostalgia is an antidote to present craziness – an attempt to seek of an old escape route. Interestingly, since posting about those books (on the social media, hah! And here) I’ve seen that a lot of others are doing the same. For the same reason or were they already doing so, I wonder.

In the past I’ve found myself giving up on old SF because of the anachronisms, but this time that isn’t the case. Now I can shrug off when the scientist uses a slide-rule, and when the planetary map-maker puts film in his camera and is shuffling about photographs on a table, while pictures are difficult to take. The depiction of Venus as either a paradise or a sweaty jungle planet and Mars as a hot desert world with breathable air and canals just raises a smile. And the fact that ‘nuclear’ means abracadabra and technology like magic only makes me nod my head at how it has only been supplanted by ‘quantum’ and ‘nano’ nowadays.

Whatever impelled me to read such books again is debatable, but I have an idea as to why I have managed to continue with them. They are on the whole well written. Maybe a reason for that is the filter process they went through in their creation. They were probably written first with a pen with numerous corrections made and then, moving on to the typewriter, a great deal of thought and care must have been deployed since errors and corrections would have involved Typex and actual cutting and pasting. Not for these writers he easy word searches, replacements, deletions and shifting of chunks of text. And then, with the typescript in the hands of a publisher and no electronic file to easily shift about, the editing process must have been just as meticulous.

But still, after all that and for me, there will be the anachronisms, the utter failure to predict our digital age, in some cases complete misunderstanding of distances in space, the rush to find a telephone box to warn that the rubber-head aliens are attacking. Also too are the failures to predict social change, where the heroine is just there as love interest and to be saved, where the hero lights up a Marlborough before doing so. And even I find myself wincing at some of the stuff in them that would have your average SJW fitting on the floor with foam at the corners of the mouth.

I guess it the case that such ‘errors’ I find more glaring the more modern a book is, but these books have been, on the whole, well over fifty years old. As such, this puts them not only at a temporal distance from our present age when written, but they have also moved aside in another way. They are so distant and unrelated I find myself reading them like fantasy. It doesn’t matter that they are wrong because they are simply not set in our world with our rules. They are a bit like steampunk, alternative histories and that sort of thing, which generally I don’t like – perhaps I forgive that because of the reading pleasure they gave me decades ago.  They have shifted off the main timeline and down the probability slope into a parallel world, for they are ‘antique futures’. 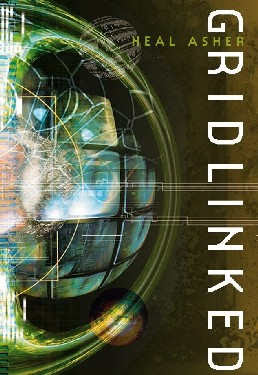 But I have to be careful not to allow myself any feelings of superior, 20x20 hindsight. While answering a question about my latest book, Jack Four – about where it fits in the Polity timeline – it occurred to me that my early books are steadily drifting into the above territory now. As I described it: the early books are William Shatner Star Trek, while the later ones are like the series Picard. In retrospect the gap is not that wide, more like Star Trek Generations to Picard. But nevertheless, things have changed, our present science has advanced and, since I read a lot of that, what I can be extrapolate from it, is changing day by day. A perfect illustration of that is how, on a couple of occasions, I have had to alter a book while writing it because I read some science that already made what I wrote dated, or about to be dropped into the well of history. I have changed too.

People ask me when I’m going to write a book about the Quiet War or the Prador/Human War and I generally just shrug about that and reply, ‘Not at the minute, because I’m writing this’. One of the reasons not to do the former is the excellent title ‘The Quiet War’ has already been taken, but that’s beside the point. In the end it is because I’ll be going back, I’ll be winding the clock back and I will be, to bring confusing bookish time travel metaphor into his, going back to an antique future . . . or at least a second hand, one careful owner variety.

It is well to remember that Gridlinked recently had its 20th birthday. There are people reading it now, in fact people who read it quite some years ago, who weren’t even born when I wrote it. It still stands up, if my recollection is correct, and hopefully will do so for another decade at least. But nothing dates quite so fast as science fiction and, it is quite evident, we are on an exponential curve of technological advance, which means it’s going to date faster. I can but hope that in fifty or more years a reader will enjoy it with a wry smile, then put it aside before . . . doing whatever it is they will do then.