So Much to Learn

One does learn some interesting things in the mountains of Crete, and sometimes in its beachfront bars when conversation rises above the tedious.


I have learned in detail how the Beaufort scale, which they use here in weather forecasts, is supposedly obsolete. I’m guessing this might come as a surprise to the Met Office but who are they to question the wisdom of the Quizmaster General? *snigger*


I learned, when someone brought in a dead one after his swim, that the puffer fish is here called the lagos psari (rabbit fish). Why this should be the case is a bit of a puzzle to me, when one considers Walking Dead implications of trying to eat one of the buggers. On a side note, I wonder what killed the fish, and what killed the turtle washed up here a few weeks back. One of the restaurant owners swiftly snatched up this item – most likely for the value of its shell and hopefully not to turn it into a few hundred servings of soup. Of course, in reference to recent news articles about Crete, I do wonder when the crocodile steaks will be appearing in restaurants in the Rethymnon area... 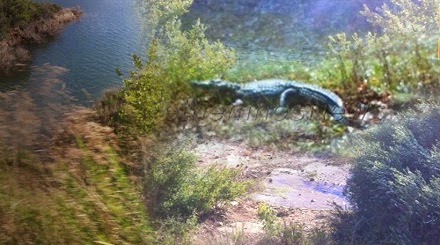 I learned that an underwater camera, wifi linked to a smart phone, is about as useful as an ashtray on a motorbike, since the range between the phone and the camera is about twenty feet.


Another one I keep learning, from those who see me using an electronic cigarette, is how terribly bad for me this device is. Quite often, those who anxiously wish to inform me of this ‘fact’, are in the process of making a roll-up or sparking up a Marlborough. I have thus far managed to restrain myself from telling them to stop talking bollocks and again tiredly inform them about the vested interests trying to kill the electronic cigarette (governments, big pharma, big tobacco, and the rent-seekers in the health activist industry). I then go off and swim the three-quarters of a mile I could never manage before without coughing up something nasty. And here in the mountains I learned that people without dogs sadly don’t understand how owners see their pets as members of the family – like one of their children. I must say the information has come as a revelation to me, because I wasn’t aware that parents allowed their children to yap repeatedly and bite people. Then again, in one bar, I learned of a woman fostering some twins who she has had to teach basics like eating with a knife and fork, so barking and biting are not beyond the bounds of possibility.

Today I am mostly eating said...

It is warm and humid in Essex. Apocalyptic thunderstorms last night but no cooler. I had my bedroom windows open and was 'serenaded' by crap pop songs from a near neighbour until gone 4.00 am. There are also barking dogs, barking muntjac deer and barking mad piss heads at times. Oh for silence.

One year of not smoking occurs this Friday. Got you to thank for that Neal. As ever, if there is anything we can do, just ask.