Nice review of The Departure here on David Agranoff’s site. 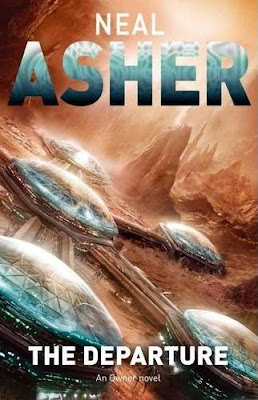 I was particularly struck by how reasonable these paragraphs are:

The majority of Science Fiction novels with a political message are written by left leanings writers (like John Shirley, John Brunner or Kim Stanley Robinson) or straight-up radicals (like Ursala K.Leguin and Norman Spinrad). I would be lying if I didn't admit that I like to agree with my favorite novels. However as a political writer myself I don't want or expect all my readers to agree with me. So in return it is only fair that I read enjoy authors I don't agree with.

That is the thing, this novel feels very Ayn Rand influenced and seems to call for little or no government. Probably the opposite of John Shirley's recent anti-libertarian novel “Everything is Broken.” I don't really agree with a lot of the message but I enjoyed the story throughout. 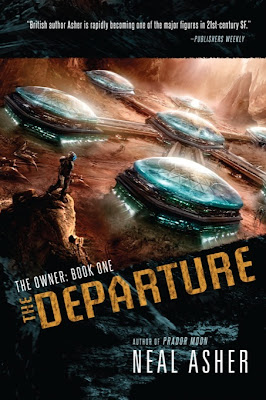 Now why is it that a minority of reviewers are so obviously vitriolic about my stuff because they disagree with me politically? The prevailing meme among them seems to be: his political outlook is wrong wrong wrong, therefore he is a bad writer. Perhaps they can’t stomach the fact that I keep selling books? And why is it, I wonder, that the reverse doesn’t apply? I don’t often see reviewers objecting to a writer’s work because that writer is left-wing. And, frankly, if I objected to novels on the basis of the writer’s politics I would have missed out on a vast number of excellent books. It is sad.


Criticism is prejudice made plausible.
H. L. Mencken
Posted by Neal Asher at 9:26 am

A sensible, unbiased review for a change. I thought your view of the future government / establishment in Departure to be worryingly plausible.
As far as actual politics goes just because I don't agree with someone,won't stop me reading their books, Ken MacLeod springs to mind.
Life's to short to get upset about politics in fiction. Real life is enough of a pain!

At the end of the day, fiction is fiction. I agree with some of the viewpoints in the book (I'm reading it at the moment), and disagree with others, but am enjoying it anyway. One thing that does strike me though, is that "the market" is a theme almost entirely absent from the novel, yet it's the dominant political theme of our time, whereas the sort of Socialism described is a complete dead duck.

Phil M, too true, but a sense of perspective can sometimes disappear when one is sat before a keyboard!

Tony B, yeah, I would like to see a decent extrapolation of robot production into the future, and what might result. Not enough fun in that for me, however.

One of the things that hooked me into your work was that I agree with much of the political hot topics in your books . Of course I have never "not liked" an author for not agreeing with them on some subject .

Tasty Rabbit, different mindset. There are those of a certain political persuasion who like to dehumanize those they disagree with. In a way we should be grateful for our cash hungry and often corrupt politicians. At least they're not idealists.

Politics gets in the way of a lot of good things. I try not to let it interfere with my enjoyment of a good book regardless of whether the author happens to be a left-wing nut or a right-wing nut.