As the result of various computer problems, and a tendency to take the easier route of sticking stuff up on Facebook, I haven't posted much here about my return to Crete this year.

Okay, I came back on April 5th to find my garden in it's usual parlous state. This has never been a problem to me because I always look forward to the chance to get on with doing some stuff outside. 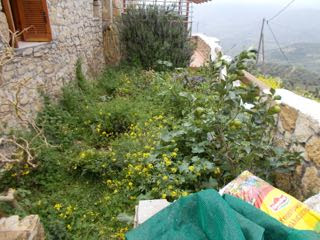 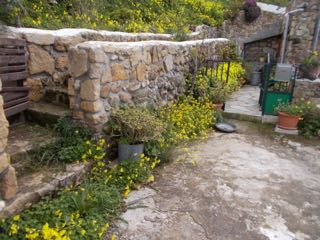 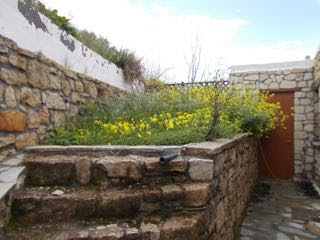 The weather, as I noted in a previous post, wasn't that great back then and I ran my stove for longer than usual. That same weather was of course a lot better than in Britain and didn't much prevent me getting into my usual routine of mountain walks. I also took up the mantle of 'personal trainer' for my next-door neighbour Anna, who last year was teaching me Greek. She's been walking with me three times a week and gradually extending her range. Note the first picture here those who read this blog lasts year. This was one of the areas burned down to the soil last July (I think). 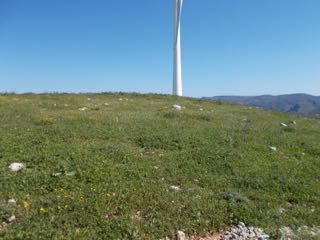 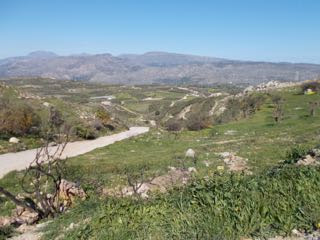 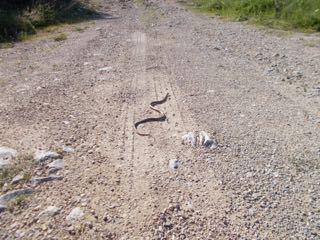 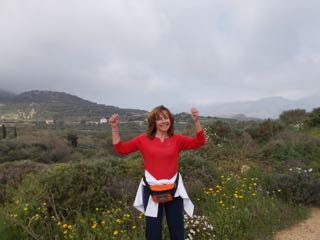 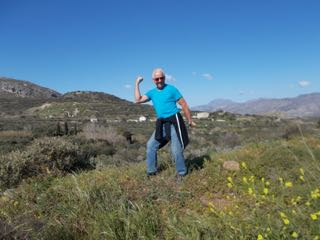 By May I there was no more need to wear jeans while walking, though they went on in the evenings. I was also ready to exact my revenge on my brother Bob and his wife Christine. They came out here 7 years ago with the strange idea that Caroline and I had been walking lots in the mountains and were very fit. They'd trained themselves up for some walking. Meanwhile Caroline and I had been training with carafes of wine and cigarettes down in the bars of Makrigialos. One walk we went on with them left me so knackered I collapsed on a sofa and fell asleep directly afterwards. Anyway, we walked most days of their holiday here and, annoyingly, they did fine. 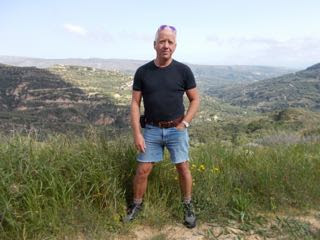 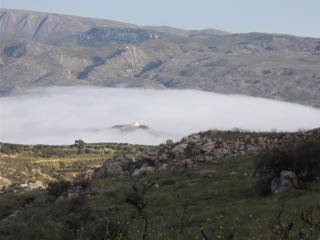 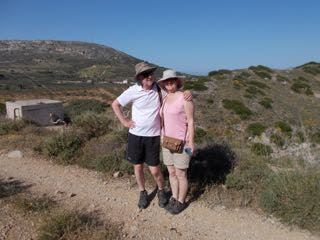 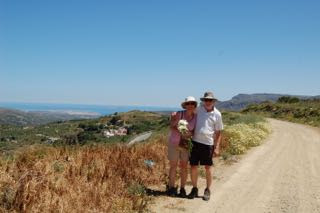 Later, because Christine had read the book The Island by Victoria Hislop, we took a trip to said island of Spinalunga. 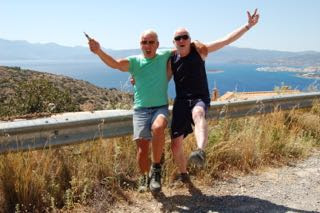 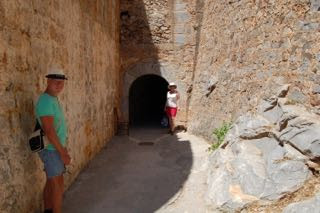 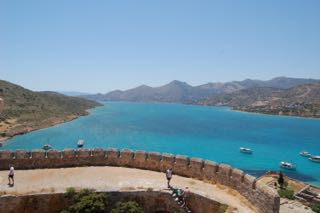 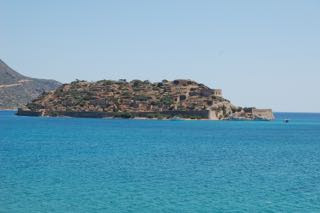 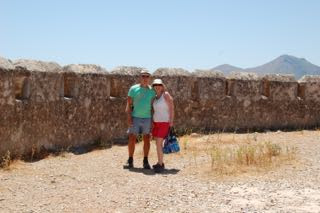 I took my kayak out just a few times in April, but my trips in it steadily increased throughout May. I did, at one point, take out a waterproof camera but, unfortunately, it wasn't proof against the shaking of the kayak and most of the pictures I took were blurred. Disappointing. 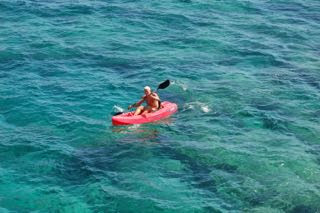 Those of you reading this because it is the blog of an SF writer I am afraid I have to disappoint. I'm not back on that horse yet. Things have, however, taken a very interesting turn in that area, but I am not yet at liberty to talk about that...
Posted by Neal Asher at 8:11 pm

I like the mix of sci-fi and real life...

I think most of us enjoy these views of your non-working life. Keep up the good work!!!

On your other topic, might I hazard a guess? Any chance someone has optioned one or more of your Polity novels for TV or cinema? I'm a big fan of HBO's Game of Thrones, and I keep thinking what a great show they could make out of The Skinner and the entire Spatterjay series. Beyond that, the Agent Cormac saga would be fabulous!

I come for the SF (just started reading DARK INTELLIGENCE and I'm loving it!) but I stay for everything else!

And yes, the Cormac stories would be fantastic television. But the budget - can you imagine what it would have to be to do it all right?!?

After all this time not talking about your writing and you leave us with a tease like that?

Anyway, very jealous of the walking and kayaking! London was wet and windy today...

Watching Man of Steel while Clark was going hypersonic over the desert I thought of King of Hearts and how intense a good portrayal of his battle with Erebus' minions would be... And how hideously expensive that CG would be. Asher on the screen would be epic in the hands of the proper director.

your lifestyle stuff mixed with SF has always been interesting.

hi neal my neighbours in armenoi told me about you and said you had a blog so just found it.i have written a few blogs over the last 9 years.i will also download one of your books is there a sequence?i will be over next month
kind regards
david

This is the Luddite chiming in Re: eye surgery -

I don't know if I have the balls for this.

The photos are welcome, and to me, anyway, encouraging. In one way, I just want you to write another book so I can give you money for it, and That Is All I Want . . . but of course one feels a sort of affinity to the man who has given one so much pleasure, and wishes him well, so pictures of you enjoying stuff are "a good thing" in that way too.

But write if you want love, even only the greedy sort of love us readers have to give. ;)

Love your work. :-) excited to hear anything. Hope you have a good time and find what you need. Your books are amazing.