I have now been looking at photographs of Caroline, and forcing myself to remember, for about two weeks. And I wonder about the workings of the human mind. On the first day I lost my depression and most of my anxiety. Morning panic attacks have been dying. As I have said before, yes, I feel shit – miserable – but the emotions are right back where they should be. My mind is working differently and I am doing things differently. Things that worried me before simply don’t now. I am getting out and seeing people and talking, and that helps. 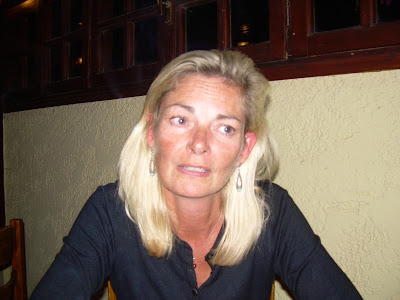 However, all of this is detailed or implied if you read about ‘complex grief’ or ‘delayed grief’. All the stuff I was suffering before is there. The anxiety, depression and panics, the lack of interest in things, the avoidance behaviour (my walking), the lack of trust in people, the feeling that life has no meaning, the avoidance of people generally, and the times when I thought I was losing my mind. But implied in this stuff is that once you start ‘processing your grief’ these symptoms will start to go away, and so they are. But all this is not what makes me wonder about the workings of the human mind. The timings are. 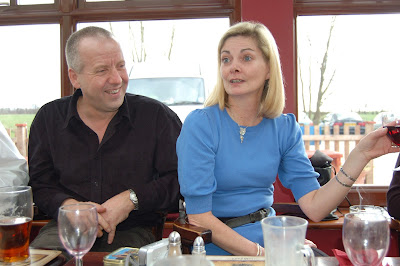 My problems started worsening from the middle of last year, but only last month did I accept that those problems were due to that death and had been on-going since then. At no point was a really any less than depressed and disinterested. Yet, I start looking for and find this stuff about delayed grief almost two years to the day since that death. Back then I read that it generally takes two years to start getting over the death of a loved one. There are other measures but, for whatever reasons, that time stuck in my mind. Coincidence? Then, I start using pictures of our time together to open up the doors in my mind. I started that on the anniversary of her death. And my worst time with this has been until now, the anniversary of her cremation. 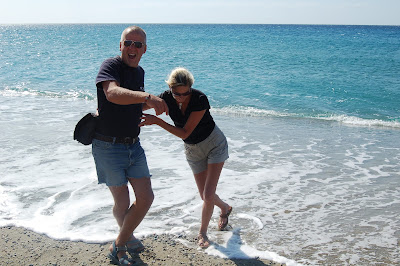 This is not supernatural, of course. It may be coincidence, but I am more inclined to think it is to do with the workings of the subconscious. There is an awful lot more going on deep inside our skulls than we are aware of or prepared to acknowledge.

Neal, that second picture: that look of pleasure, pride and love on your face. I feel for you loss.

Unfortunately, I rather know what you feel like. It is coming up on a couple of weeks since my father died. This was, I suspect, rather easier for me since my dad had had prostate cancer for the last decade or so. He also had mild dementia, and had been slowly getting weaker over time.

My mother and I tried to make sure that Christmas would be as nice for him as possible; I dare say this was partly selfish on our part as we knew he'd not see another Christmas, and we could do without any suspicion that his life could with a little effort on our part have been better. We were expecting him to live into spring or even summer, and to expire in a hospice and had been quietly arranging that for him.

It wasn't to be. A urinary system infection took hold, and it appears that this was enough to tip the poor old chap over the edge, and he died frighteningly quickly after that.

So, I'm just plodding on, dealing with the bureaucracy of death.

Neal I've been avoiding commenting on any of your posts mainly for self preservation I don't want to open up any old wounds
Do you get over it ? I'm not sure about that but you do come to terms with it the terms we come to are different for all of us the only thing i can say is that what helped me was focusing on the good times and the good memories celebrating the life of a loved one not the negative or irrational guilt we all seem to feel now when i remember I smile because i just remember the good times .