Well, checking my journal I see that I began writing Penny Royal II on the 19th of July and finished it to first draft on 27th November so, four months, one week and one day. Of course I haven’t completely finished it just as I haven’t completely finished Penny Royal I. Right now I have to go back to that first book to write in some stuff about a world due to be swallowed by a black hole to make some other stuff in Penny Royal III work. I also have alter a particular character all the way through – in this case an assassin drone fashioned in the shape of a prador parasite (I’ve mentioned Riss before – this drone looks like a translucent cobra with a third eye on top of its head, small limbs underneath that head and an ovipositor in its tail). Similar alterations will ensue as I write Penny Royal III (I’m a thousand words in at the moment) and thereafter will come loads of editing before I send these books to Macmillan, then a couple of more rounds of editing after I get it back. 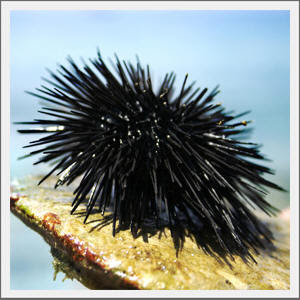 This picture is here because this is what Penny Royal sometimes looks like. I was going to tray a mish-mash of this and the Curiosity Rover confronting each other, but don't have the time. Hey, if anyone fancies mucking about with an art program I’d love to see a picture of Penny Royal in some alien landscape. Just to help in that respect (and to tease you all):

The buy was going down, badly, because the shits involved had decided that their large amounts of weaponry gave them a bargaining advantage. It was all about to turn into a nasty fire fight when the other side’s repairman turned up, and then it turned into a nightmare. The meet had been in a valley on a heavy gravity world where plants grew iron hard and close to the ground and where most humans wore motorized suits. Blite, as he prepared himself to give the order blow the sled the thrall tech sat on, and open fire, had looked up. On the ridge above, a flower had bloomed: a giant black thistle head atop a stalk of braided silver snakes. He stared at it in shock as, like a slow black explosion it came apart, its individual spikes turning as they sped away to point down into the valley, all settling to hang still in the air – a wall of daggers woven through with silver lace.
‘Penny Royal!’ one of the opposition called, gazing at Blite with a superior smile. 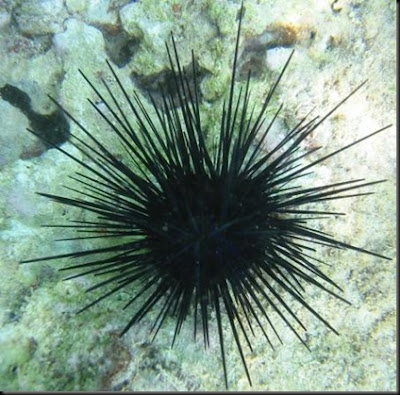 But before all of that there’s other work to be done, like going through the copy edits of the Night Shade Books version of The Departure. And, of course, here’s a reminder

Night Shade Books are publishing The Owner Trilogy in the US and have scheduled The Departure for publication Feb 5, 2013 with Zero Point following May 7, 2013 and Jupiter War  September 3, 2013 (catching up with publication of that last book in Britain). Nicely keying into that my short story The Other Gun will be appearing in Asimov’s April/May issue that year with, of course, mention of these books in attached biog. It should be an interesting year with those three books slamming into the American market in rapid succession. In essence this should work as quite a profile-raising exercise.

So, where was I going with this? Oh yeah: it may have taken me just over four months to get Penny Royal II to first draft, but please don’t start expecting me to produce 3 books a year. In fact, if I do start finding myself at a bit of a loose end I’ll be producing more stories like the one in Asimov’s above, or maybe taking a look at my old fantasy trilogy. Or I may even take a holiday!
Posted by Neal Asher at 1:06 pm

all great news & a blurb to boot! will start wearing a diaper til 2018/25 release date.

Heh, you'll have to stock up on tenapants, Vaude.

A holiday!!.......this is from the man that sits on his behind in Crete for six months a year.
Get back to that keyboard :)

I'll make sure I get that Asimov next year.

Hey, I was writing while there, Phil. Anyway, I only wrote that to see who'd bite. The likelihood of me being able to stop writing for any length of time is small, unless they have some form of writing methadone.

I am amazed that you can write such enthralling books in such a short period of time. It's great being able to follow the creative process on your blog as well.

If only I could read Penny Royal now :)

LOL, my pleasure.
So you are more or less sorted until 2016. Any thoughts on some more for the Kindle, possibly Masons Rats, or even a collection of short stories as
you seem to have had many published and it's difficult to keep track of them all.

Sarbæk, when I'm writing fast is usually when it's most enthralling (IMHO) and when I'm labouring over something that it gets a bit sticky.

Phil, that is something I've considered - just releasing my short stories on kindle just for pence each. Maybe.

Written many many years ago, plus the first book of a second trilogy, Conan. All in need of substantial rewriting and editing. You can find samples and synopses here: http://freespace.virgin.net/n.asher/page58.html

Nice, Vaude, but I preferred the magnetic putty that was shown on the same page.