Update and a Steam Punk Robot

Penny Royal III is now past 60,000 words and progressing nicely. I’ve felt the need to do a Chandler-esque ‘walking in a man with a gun’ … well, sort of. I also decided to ramp up the weirdness and bring in some out-field elements. The man with the gun was the Brockle from my short story The Rhine’s World Incident and those other elements are a colony of piratical extremadapts and an Atheter starship. Not quite sure what I’m going to do with that starship, but I’ll think of something. I’m having fun here but perpetually having to go back and alter things. I guess a decent analogy of how things are running is the whole trilogy as a rope and I'm busily trying to weave together the frayed end.

Meanwhile I’m happy to see that my story The Other Gun is the cover story for Asimov’s April/May issue. I guess this means a cover picture for the story and it’ll be the second time that’s happened. Here’s was the first for Alien Archaeology in which Penny Royal and the Atheter mechanism first put in an appearance: 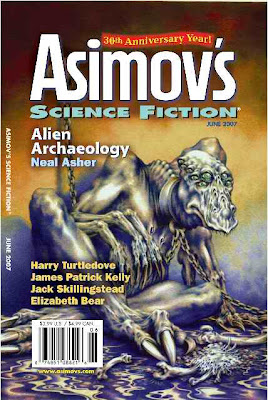 Today I also received a package from one Blaise Gauba who is a model maker. Here's his website for those of you who might be interested. 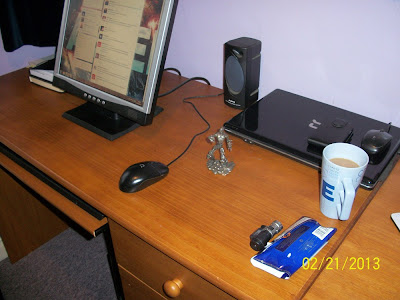 This sculpture is cast in solid white bronze and the original wax sculpture he made (obviously to make the mould around) took him a year an a half to make in his spare time. 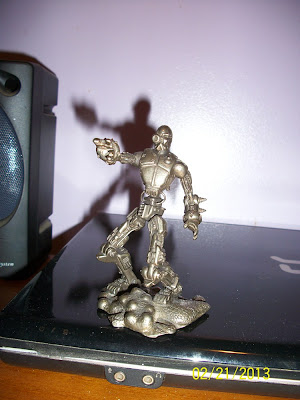 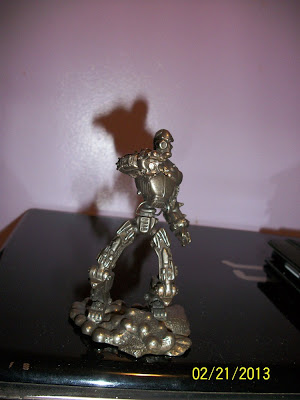 This is the kind of thing you get for being someone's favourite writer. Mr Crane? Well, not quite. This looks like a steam punk version of the Borg.

Just finished "The Technician" (which I loved!) so looking forward to seeing more of Penny Royal and some gabbleducks hopefully (can never have enough). Is it set before or after "The Technician"?

After The Technician - it carries on from the events in that story - but with plenty of back-story from the prador-human war.

Neal,
Is the short story set in the Cormac/Spatterjay universe or is it a stand-alone?

Yup, it's set in the Polity.

Oh gosh, I can't wait! I'm just drawing to end of Orbus (which has been absolutely brilliant) and I have one left from the polity universe, hilldiggers. So great news there is even more!! I really really do believe the Polity series are some of the very best sci-fi books ever written, and I have read a lot, believe me.

i am getting quite frustrated which such tantalising hints but barely any closer to release of your new stuff, btw, neal... driving me crazy! o.0

Paul, that's very kind of you to say so! Interesting your opinion of Orbus which was another that divided people (because of the tense).

Sorry Daniel, but this is a writer's blog so I do go on about what I'm doing now.