I’m not even sure how long ago it was now. Four years maybe? While in Crete I received an email from a guy called David Davis. He apparently enjoyed my books and invited me for a beer in the House of Commons. I thought David Davis MP? The guy who fought David Cameron for leadership of the Conservative party and, unfortunately, lost? The guy who was in the territorial SAS and took Bscs in molecular and computer science before becoming a politician? One of the few politicians I have any regard for? Somebody is winding me up. I did, however, do some research and discovering in an interview that some of his favourite books were Iain M Banks’ Culture books I thought there might be some veracity in it. Incidentally I passed this on, I think to Banks’ agent, who then passed it on to him. Banks was apparently much amused. 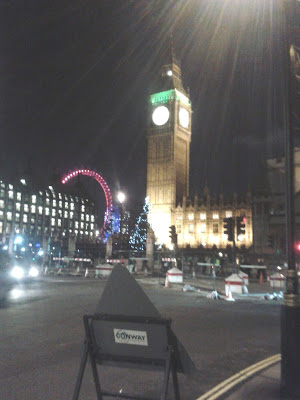 Returning from Crete that year we just didn’t get round to following up on the offer. I’m not sure why, but things got in the way. The next year, when we returned to Crete, was when Caroline got sick so, that year was out and the one after. This year I got another email and decided I must follow up on it. And yesterday I did. 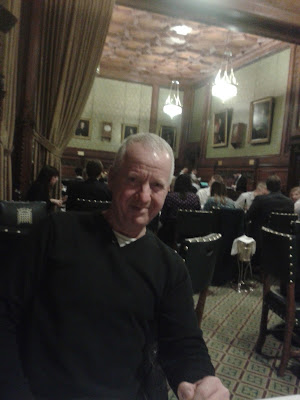 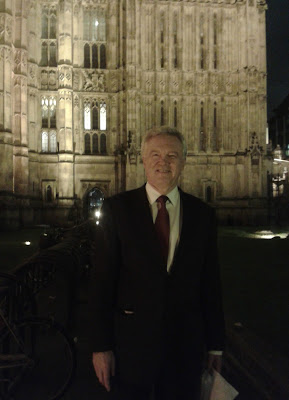 So, with my head aching from the dregs of a cold, I hopped on the train to Liverpool Street Station and took the tube to Westminster. I arrived about an hour beforehand – I was due to meet him in Central Lobby at about 7PM after some vote. Since I was early I wandered about a bit taking a few photos and looking for a can of coke to wash down the Paracetamol and Ibuprofen I had with me. After failing to find a drink and feeling cold I went into Parliament through the Cromwell entrance. I thought better to wait in the warm, but spent some time in a queue of people going through security checks similar to those you find in an airport. 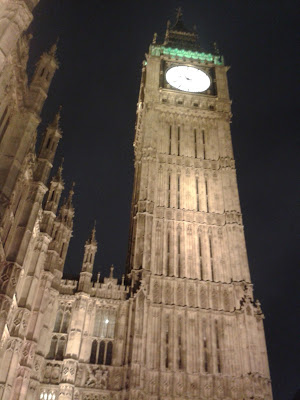 When I got in I wasn’t sure where I was supposed to wait, but the large numbers of cops and security staff all around were all cheerfully helpful. I ended up sitting in the Central Lobby still wondering if anyone would turn up. He did, I of course recognized him at once and he recognized me. He took me through into a very plush restaurant, where I felt a bit under dressed, and an enjoyable dinner ensued. Conversation spanned books, pilots’ examinations, civil liberties and much else beside. A friendly and agreeable guy. 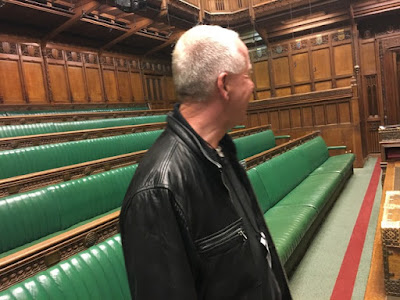 After this he took me on a tour of the House. I got to stand in the Chamber and elsewhere, saw the Shadow Cabinet room, David Davis’s office. It was all a bit surreal (not my favourite word) and I just wished I hadn’t felt so crap and could have appreciated it more. Thank you the Rt. Honourable David Davis MP. 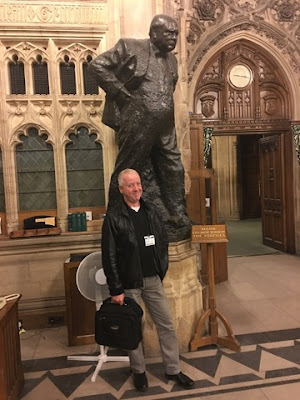 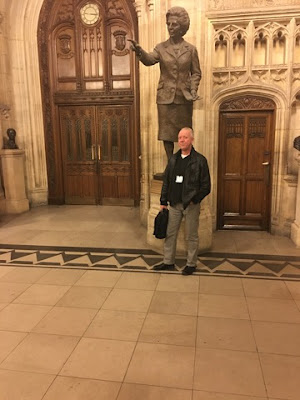 Oh, some of these pictures are from places where cameras aren’t allowed. I’ve absolutely no idea how that happened. I particularly like the one of me standing by the statue of Margaret Thatcher, mainly because of how it will annoy so many…

Email ThisBlogThis!Share to TwitterShare to FacebookShare to Pinterest
Labels: Bits, In the News, People, Politics

Pretty brave of you writing this considering the way in which trolls hunt down anybody straying off message, I congratulate you.