I small colony of prador was discovered in a Victorian apartment block in St. Leonards on Sea. The owner of the flat in which they were found, one Peter Lavery, said, "Ah, they're just a bit of fun," but failed to explain why so many neighbouring flats now seem to be vacant. 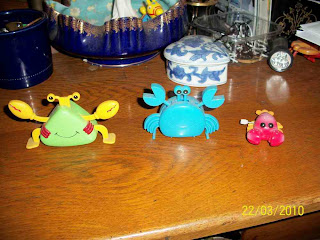 drawing them just got easier!

I think there's something wrong with their chamelianwear...!!!