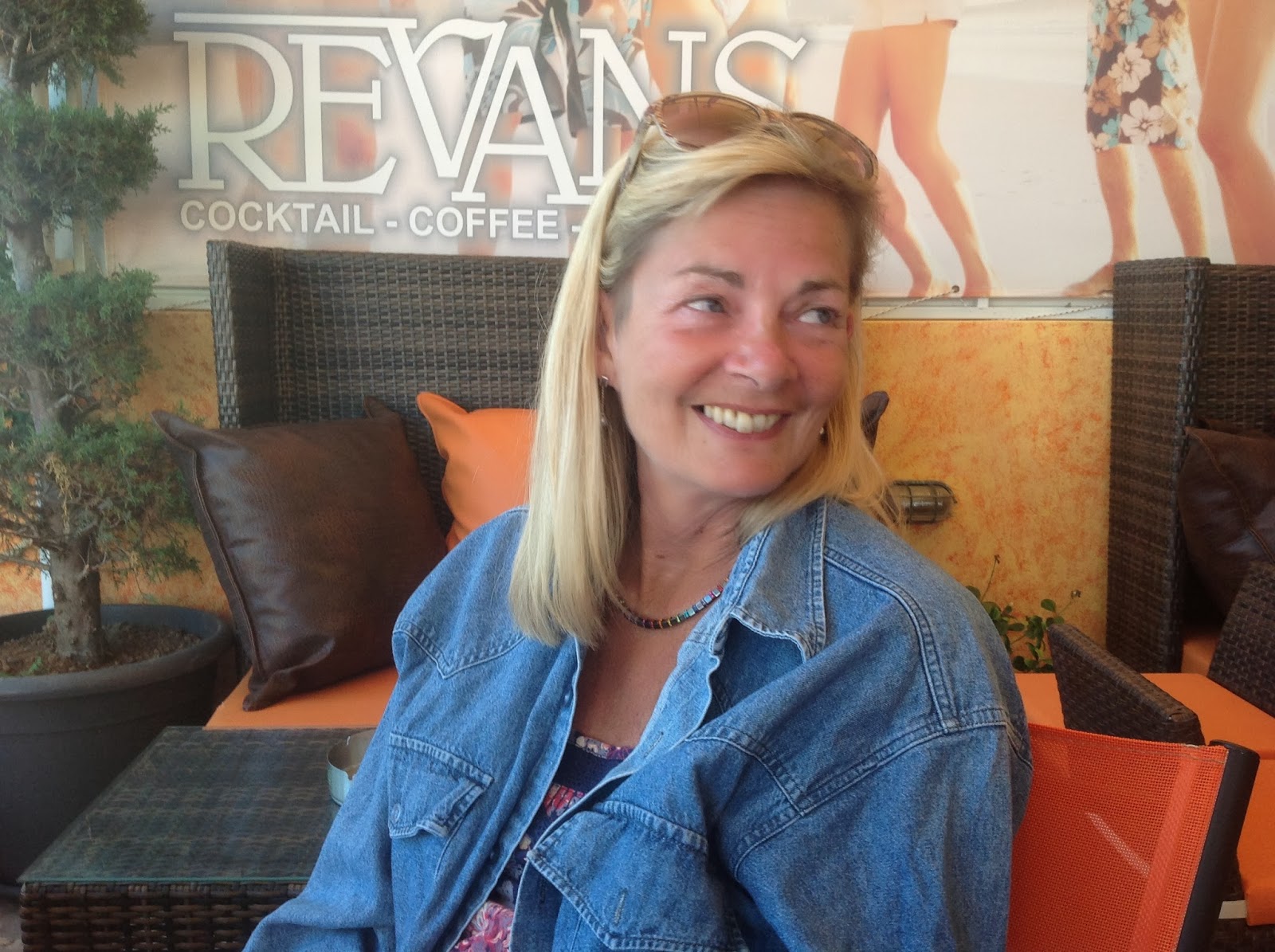 Email ThisBlogThis!Share to TwitterShare to FacebookShare to Pinterest
Labels: Grief

So, anyway, someone complained on Twitter that this short story collection The Engineer ReConditioned wasn't available as an ebook. I got onto John Betancourt at Wildside Press who publish this and pushed to have it done. He mulled over the idea of a bit of a relaunch whereupon I suggested he get Jon Sullivan in to do the cover picture. Here then is the result: 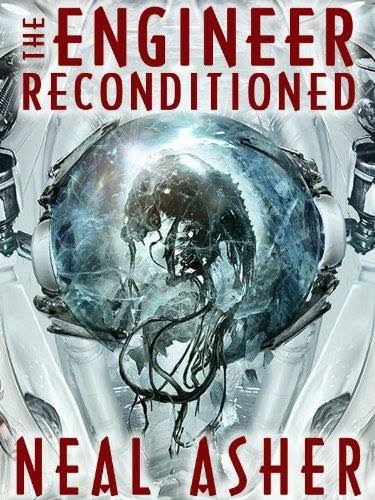 Mysterious aliens ... ruthless terrorists ... androids with attitude ... genetic manipulation ... punch-ups with lasers ... giant spaceships ... what more could you want? This great collection of 10 short stories by the author of Gridlinked, The Skinner, In the Line of Polity, and many more is a great read!


Note: The Engineer ReConditioned is a revamp plus some additional stories of the book below, which means it contains stuff a minimum of 16 years old. 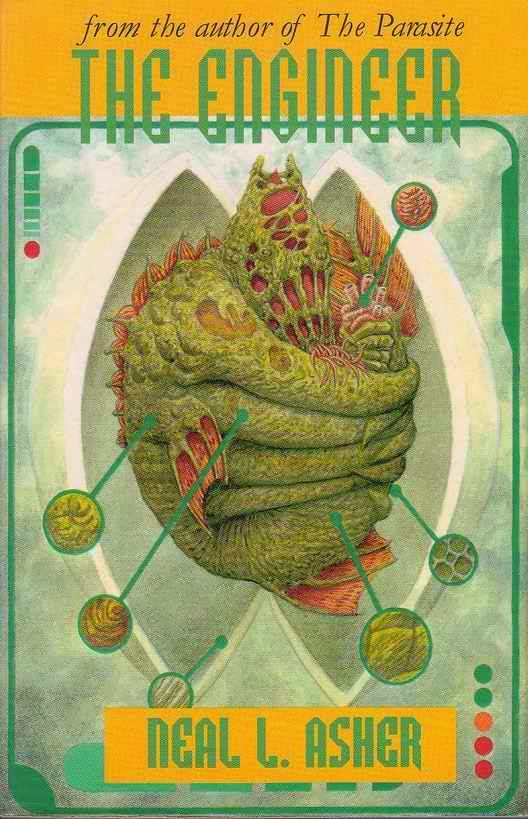 A number of pages into this I had a brief reservation when I discovered that the protagonist was a lesbian. I’ve no problem with lesbians, but I do have one with books that are right-on politically correct and might begin preaching at me at any moment. However the relationships here weren't handled in a preachy way, but as simply being an accepted part of the near future, which of course they will be. And that’s science fiction at its best. Later on I did have two ‘meh’ reactions to obligatory nods towards global warming and the left-wing good right-wing mad school of thought. Both of these could have been lost by the simple expedient of removing maybe a couple of pages of unnecessary exposition.

And that leaves 300 pages of the good stuff. 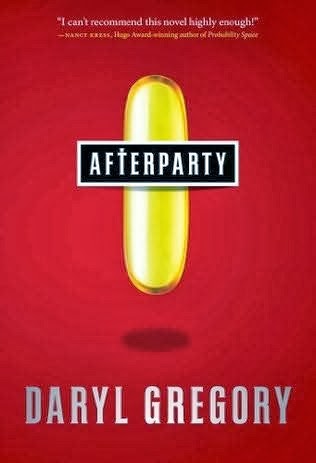 Right now we’re in the midst of the smart drug revolution and we’re also beginning to produce more than just text from our printers. Combine those two and extrapolate and you get a chemjet printer, whereupon anyone with a bit of nous can download a program and run up a few A4 sheets of LSD and much more besides. But we’re producing more than drugs that make you high or hallucinate because, after all, most designer drugs now are a side-product of drug company research into curing our many ailments. Also, a drug once made might find other uses beyond its design. Now imagine a drug aimed at one target (schizophrenia) but whose larger effect in high dosages is something akin to that produced by the God helmet.

Next set a couple of psychiatric patients on a quest to try and stop this stuff getting on the streets, one of them an original developer of the drug along with her personal angel, the other a special forces lunatic with pattern recognition abilities that take her into the realm of paranoia. Toss in some drug-dealing and corporate villains and a split-personality killer who has wandered in from No Country for Old Men. Spice this with some uncomfortable questions about belief that range from a Dawkins rant to a nod to Life of Pi, along with hard neuroscience, and you a have a recipe for a good engrossing read. What you get, in fact, is smart biological cyberpunk focusing on designer drugs rather than AIs and virtual reality. I polished this off in two sessions over one day, finishing at 1.00 in the morning.

Oh, and incidentally not yet available since this is an ARC. Should be out in April this year.

I had a brief exchange on Twitter about me writing episodes of Dr Who, to which my reply was something along the lines of, ‘The Doctor would be dead a few seconds after his first encounter with a Dalek’. I find it very annoying when a person or a thing is made out to be dangerous and doesn’t live up to expectations … which, in a rambling roundabout way brings me to Jorg Ancrath in Mark Lawrence’s trilogy. 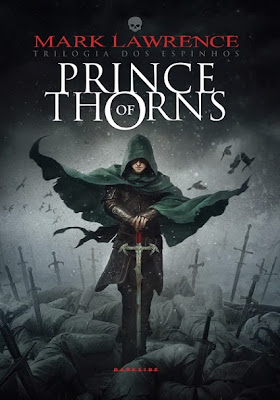 Jorg is a ruthless, highly capable and vicious character who will let nothing stand in his path. Great, I would have thought if someone had told me that before I read the books, and then I would have been expecting disappointments. You see I’ve heard it all before. I’ve come across these ‘ruthless, vicious, unstoppable’ characters before and every time they never quite measure up. Jorg Ancrath does. 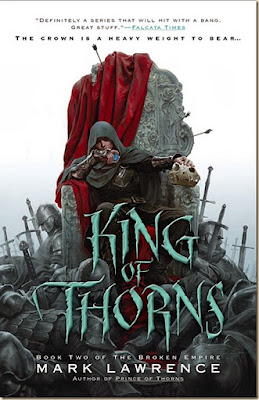 On the whole I've had a ball with these three books, with their magic and fantasy sitting on a bedrock of science fiction. There’s some quite beautiful writing here, especially when the pauses between storms are described. There are moments of utter horror that even made me wince, relentless plot with some nice convolutions, and plenty of surprises. I'll say no more than this - I don't need to. 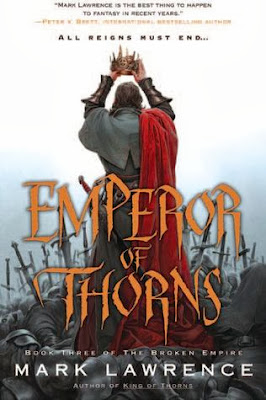 These are a worthy addition to my book collection. Recommended.

On my last writing update I prefaced the post with an apology for my absence and here must do so again. I’ve got some horrible stuff going on in my life at the moment that’s put me severely out of kilter, and I can’t say much more about it than that. These particularly shitty events are also why you won’t be seeing a video clip from me answering your questions for … well, until I’m ready.

So back to the writing. The above has slowed me down quite a bit but I have now managed to work my way backward through all the Penny Royal books. To re-iterate: I read a book backwards a paragraph at a time (not a word at a time!) so I don’t get involved in the story and am more likely to pick up errors (and it’s incredibly boring). While doing this I also made 26 notes on stuff I needed to go back to. I’m now working my way through those.

And now, as in that other ‘writing update’ I’m going to insert picture that has nothing to do with the subject of the post. Here is an image from the new Jon Sullivan cover for The Engineer ReConditioned. A cover so good, incidentally, that the publisher Jon Betancourt of Wildside Press, might be issuing a special trade paperback to celebrate it. 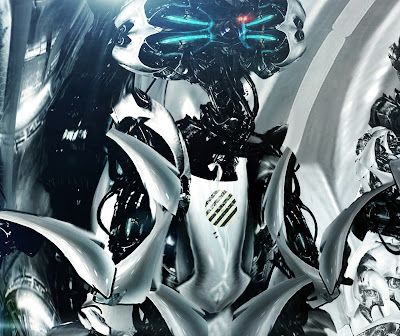 Each note on the Penny Royal books has required me following plot threads that have sometimes extended across all three books, or sometimes across the three books just focusing on one item. Take for example note 2: Consistency in the kind of space suits they are wearing. I’ve had to make sure my characters are wearing the right suits, whether they are ones with collapsible helmets or ones that can be removed, visors that slide into the helmets or down into the neck rings, shimmershield visors, suits that are motorised or not etc. Other notes have required me writing additional sections. The note I’ve been working on today has required me writing one additional section concerning the theft of three runcibles, extending a couple of other sections, and now going through the rest of the books to make things match up with what has happened in the new stuff.

Once I’ve got all these notes sorted out I then have to get onto the editorial notes that Bella Pagan has given me for the first book. I’ve no doubt that when I get into that it will create further work in the ensuing books! It’s been an interesting experience writing the books as a bloc like this and it makes me wonder how the hell the Cormac series managed to mesh together so well.

Now onto the names of things: I think we have now settled on the series being called Transformations I, II & III. The first book will (don’t hold me to this) be called Dark Intelligence … beyond that things are still a little up in the air. Plenty of time to get that sorted out.
Posted by Neal Asher at 3:42 pm 6 comments:

Nick Macarty has been at it again... 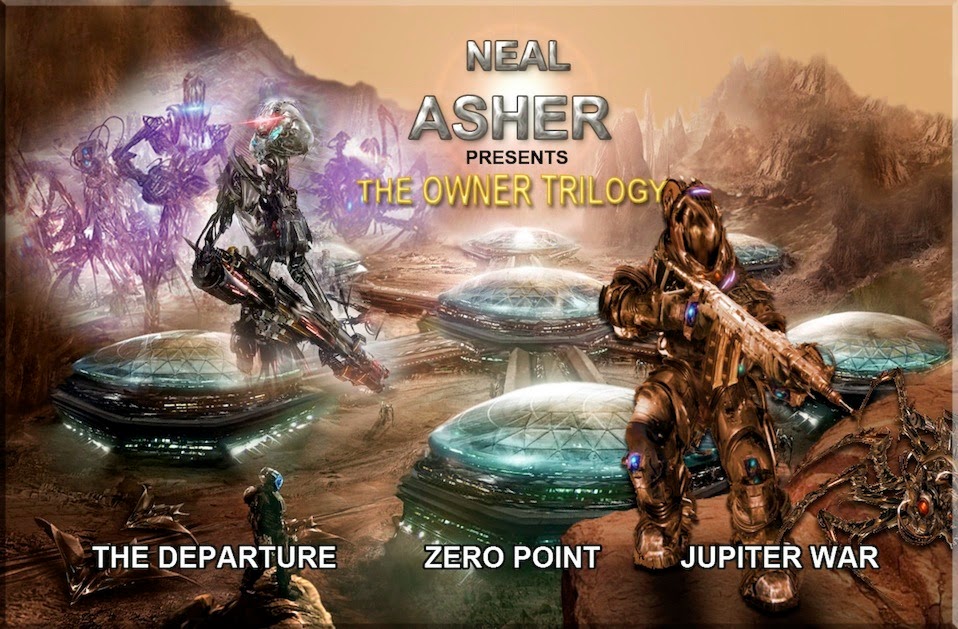 Nick Macarty, whose concept spaceship blog you'll find here, was bored over Christmas so he started playing about with some cover pictures...