Ooh, sunshine outside! If it doesn’t cloud over and start pissing down again I can get out for a walk. This weekend has been a write-off in that respect – windy and wet on Saturday and the same on Sunday but with a triple helping of the wet. I also didn’t get into the weight-training much and succumbed to the need for calories. I drove up to a local shop and there bought hobnobs, Tuc, chocolate honeycomb and chilli-rice crackers. I ate one packet each of the biscuits, a pack of the honeycomb and two packs of the crackers on top of my usual meat, veg and fruit. The result of this was a weight climb (the body retaining water for digestion).


However, I’m not disappointed with myself. I felt quite knackered and it was one of those ‘the body demands’ times. It’s interesting that on the two occasions over the last month or so when I’ve stopped exercising for a couple of days and eaten what I’ve wanted there have been visible changes to my physique. This morning my weight is up compared to the average over the last two weeks, but more fat has disappeared around my midriff and elsewhere my musculature is more defined. But I’m also happy about something else: books! 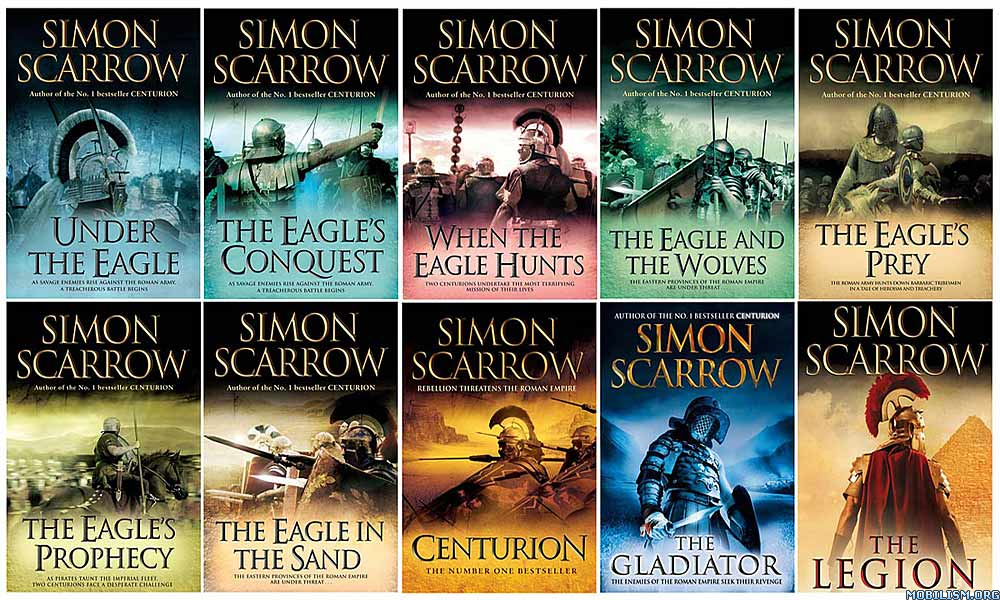 During the events leading up to Caroline’s death in January last year I lost any urge to write fiction or to read it. Shortly after her death I only wanted to watch DVDs or play spider solitaire and subsequently my interest in the DVDs waned. As I’ve mentioned before it’s as if the part of my brain that extracts pleasure from fiction shut down. But over the last few months I’ve got back into enjoying the DVDs and over this last week, after pushing myself, I’ve read and enjoyed 3 books – two from the series above. This isn’t much to all you readers, but it’s more than I’ve read over the preceding year.

Now hoping that another push will return to me my writing mojo.
Posted by Neal Asher at 8:30 am 8 comments:

It’s grey windy and wet right now at 10.20AM so perhaps I won’t bother going for a walk today. I have been walking 7 miles day on most days for months now and that, plus weight-training over the last few weeks, is starting to give me periods when I’m completely knackered. The body needs to catch up. 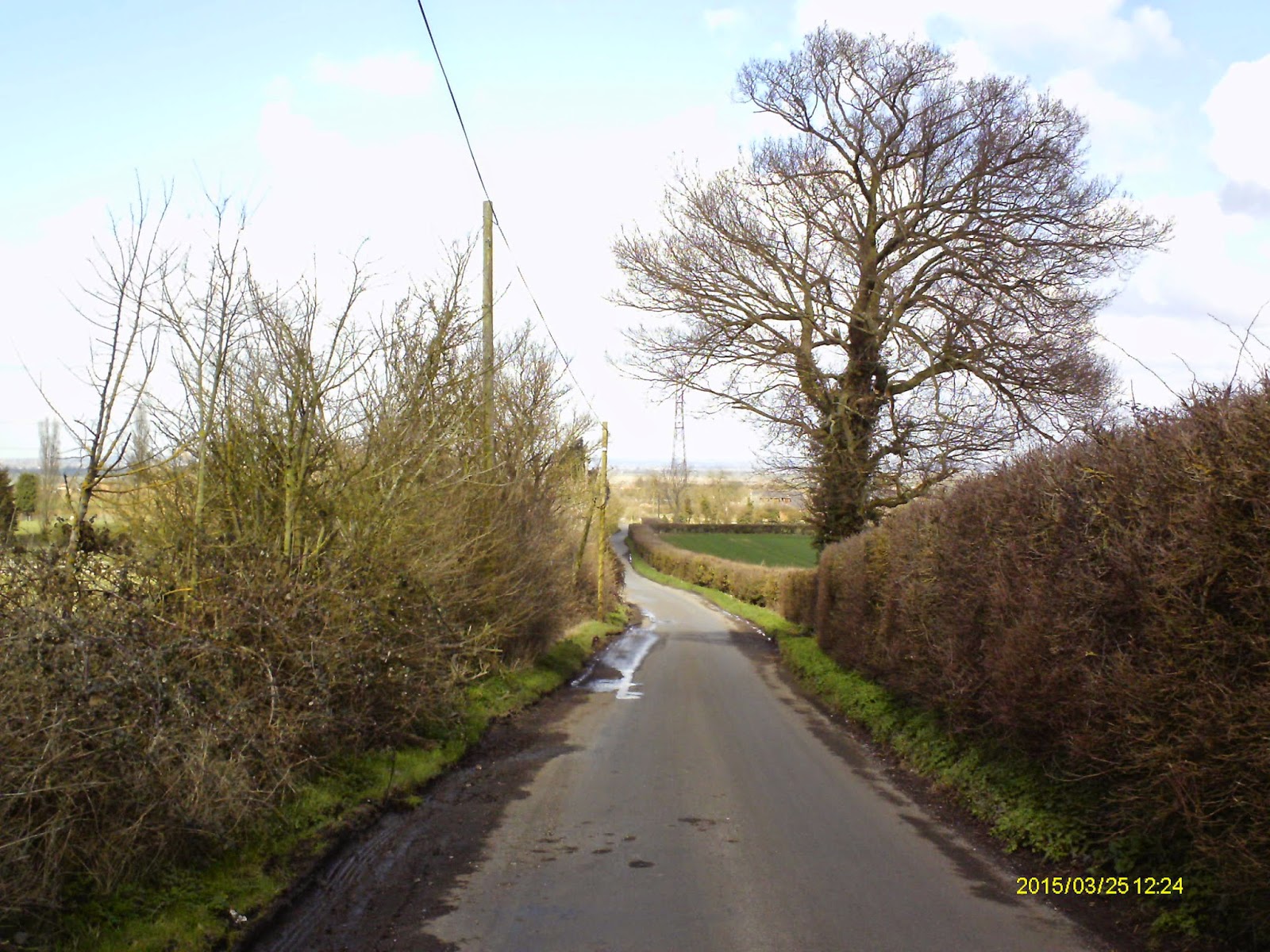 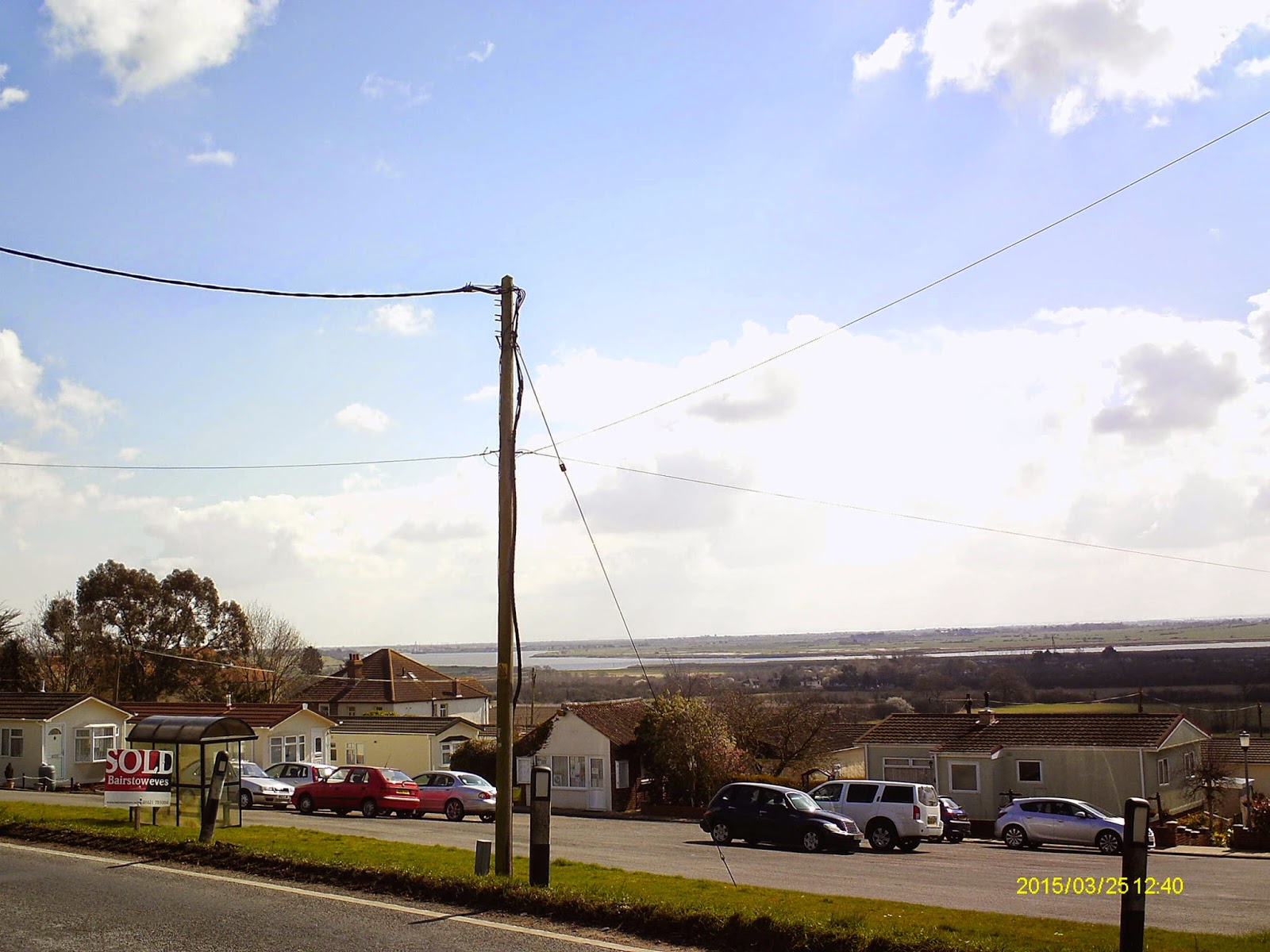 Meanwhile, over the last few weeks, Spring has sprung. The snowdrops have finished flowering and now daffodils and primroses have opened. On some days I’ve even been able to head off with just T-shirt and jeans. 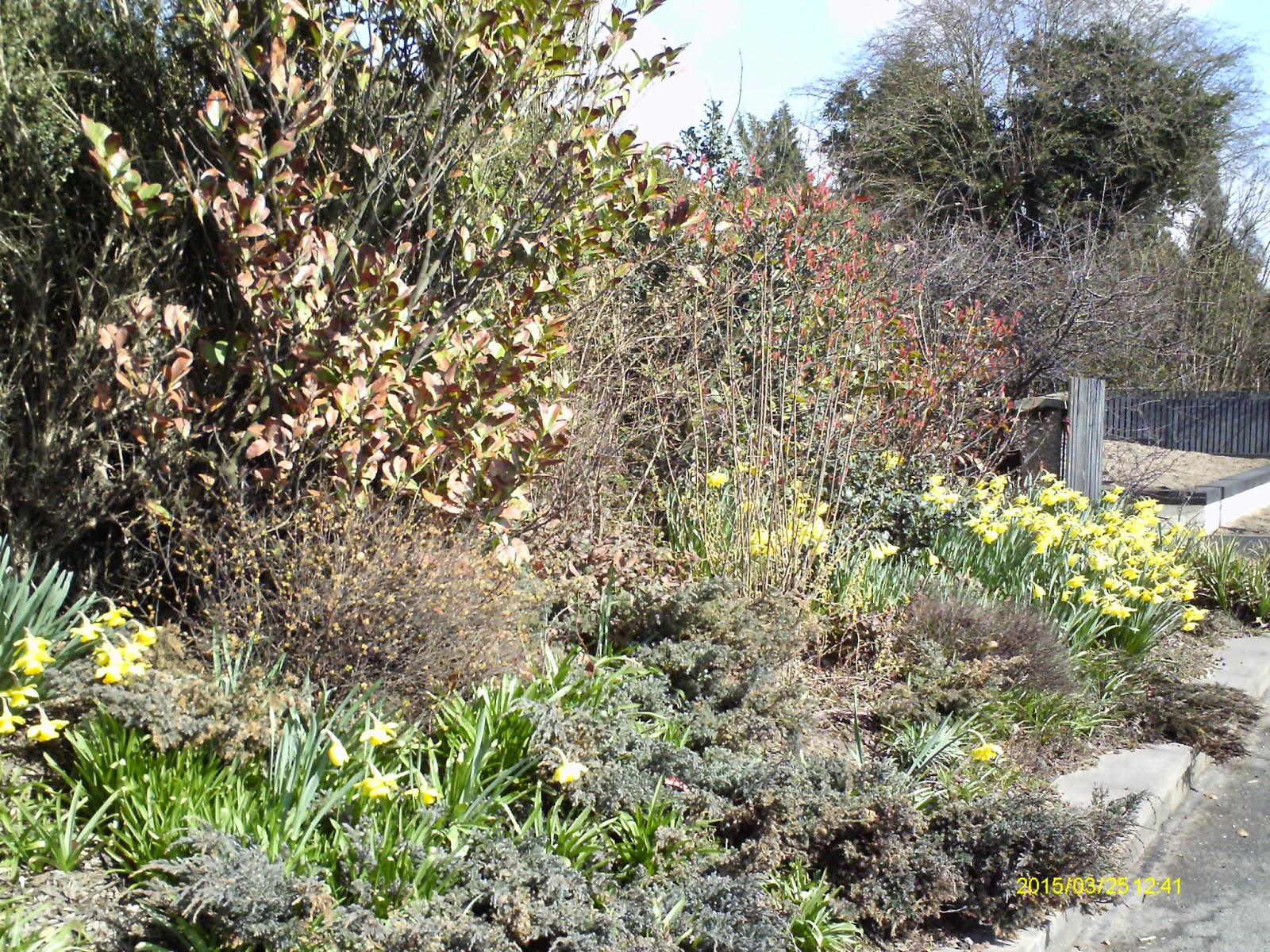 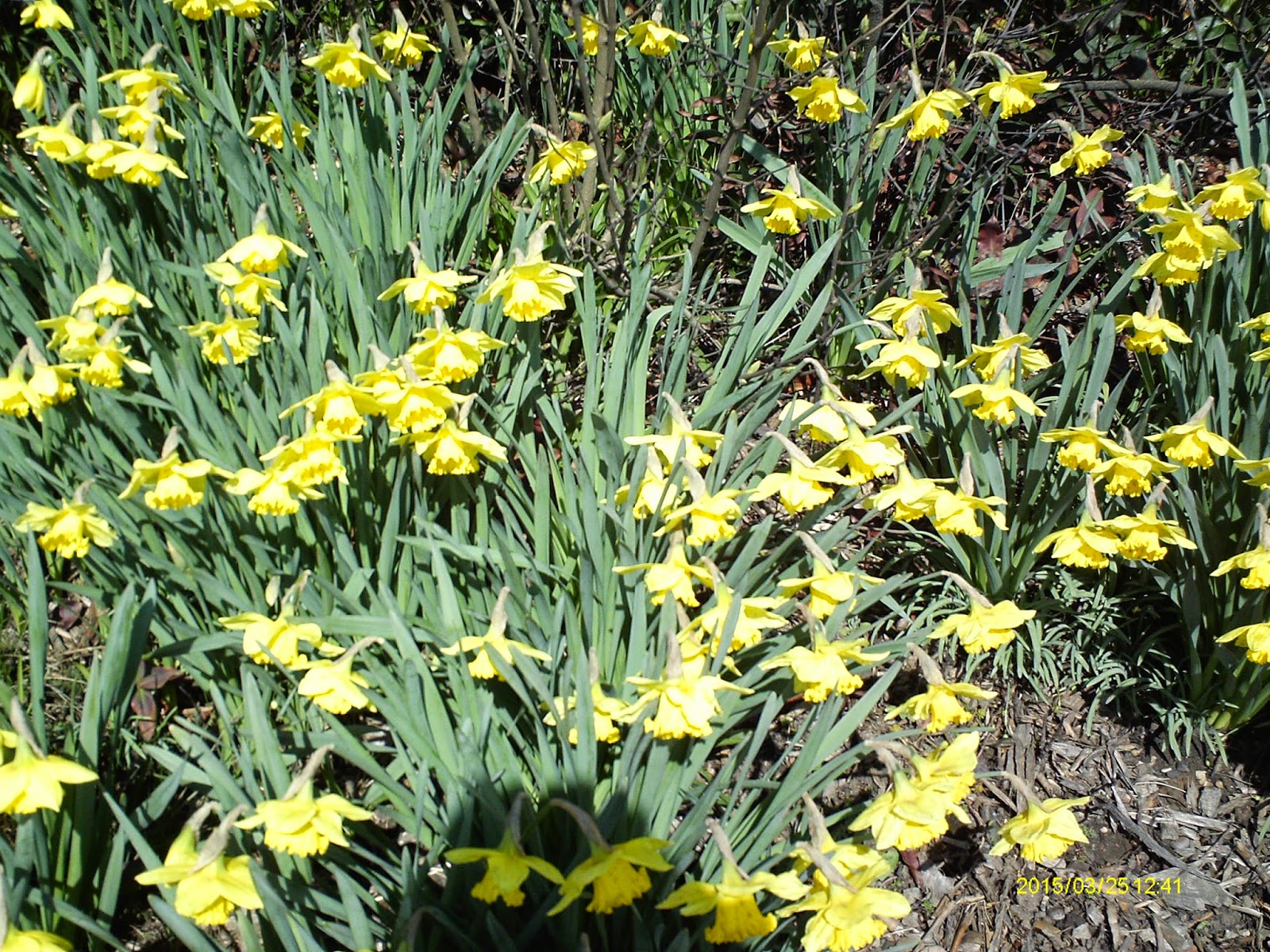 It’s been the same route every time: out of my house, by road down to Althorne Station, across the track and down to a marina by the river Crouch, along beside the river then up to Althorne and back by road. Each time during this walk I’ve seen the steady progress of this conversion of a water tower into a house. 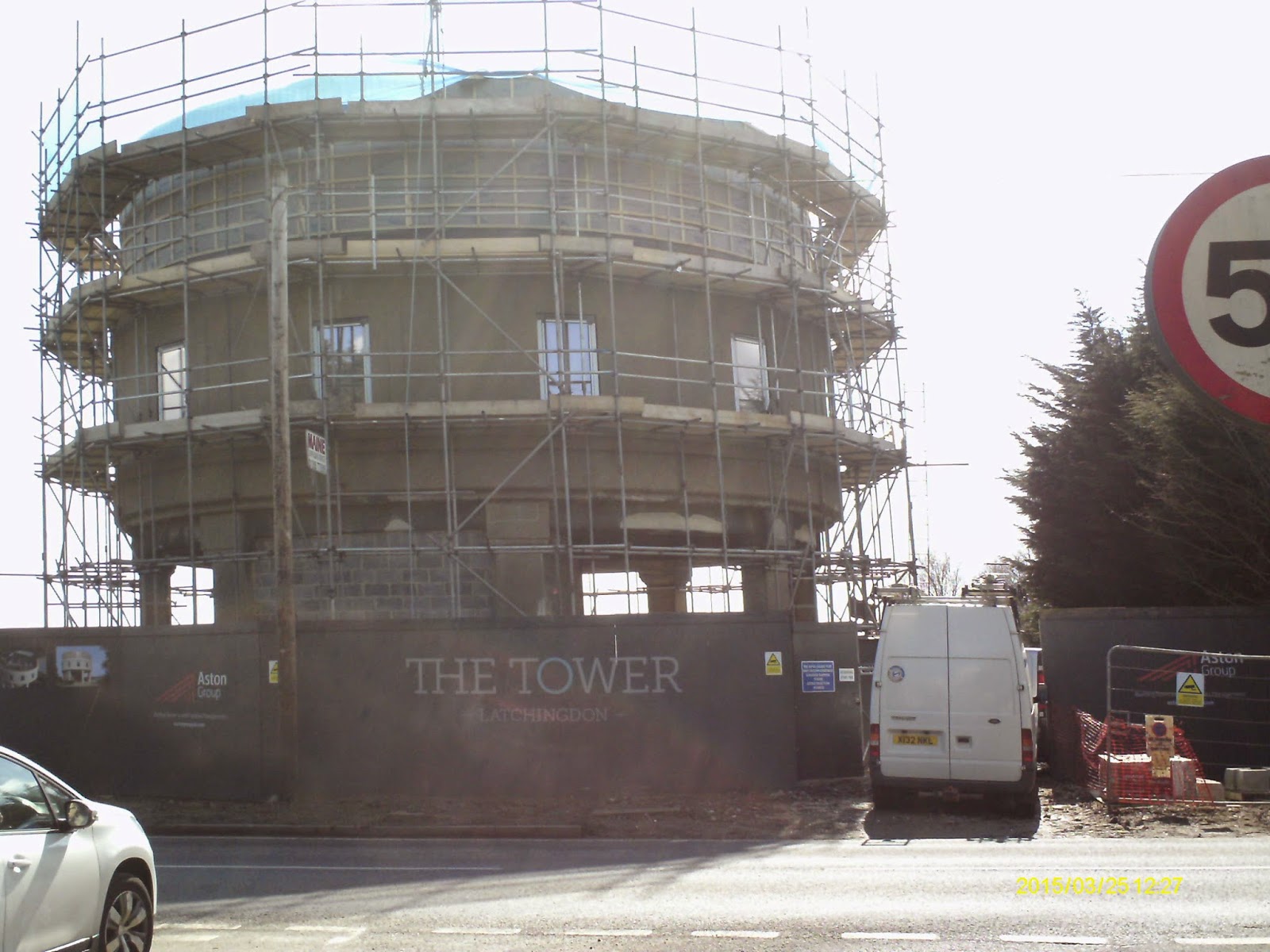 Interesting views and all that, but it’ll be a lot nicer walking in the mountains of Crete. There I’ll start taking some different routes and start regularly walking some of the gorges.

I decided a few days back that I needed to get back into reading again as a precursor to starting writing again. I think what is happening to be can be described as a slow and error-prone reboot. Anyway, to this end I’ve started reading an hour of Greek a day, and I also picked up an SF book that had been sitting on a shelf for more than a year. 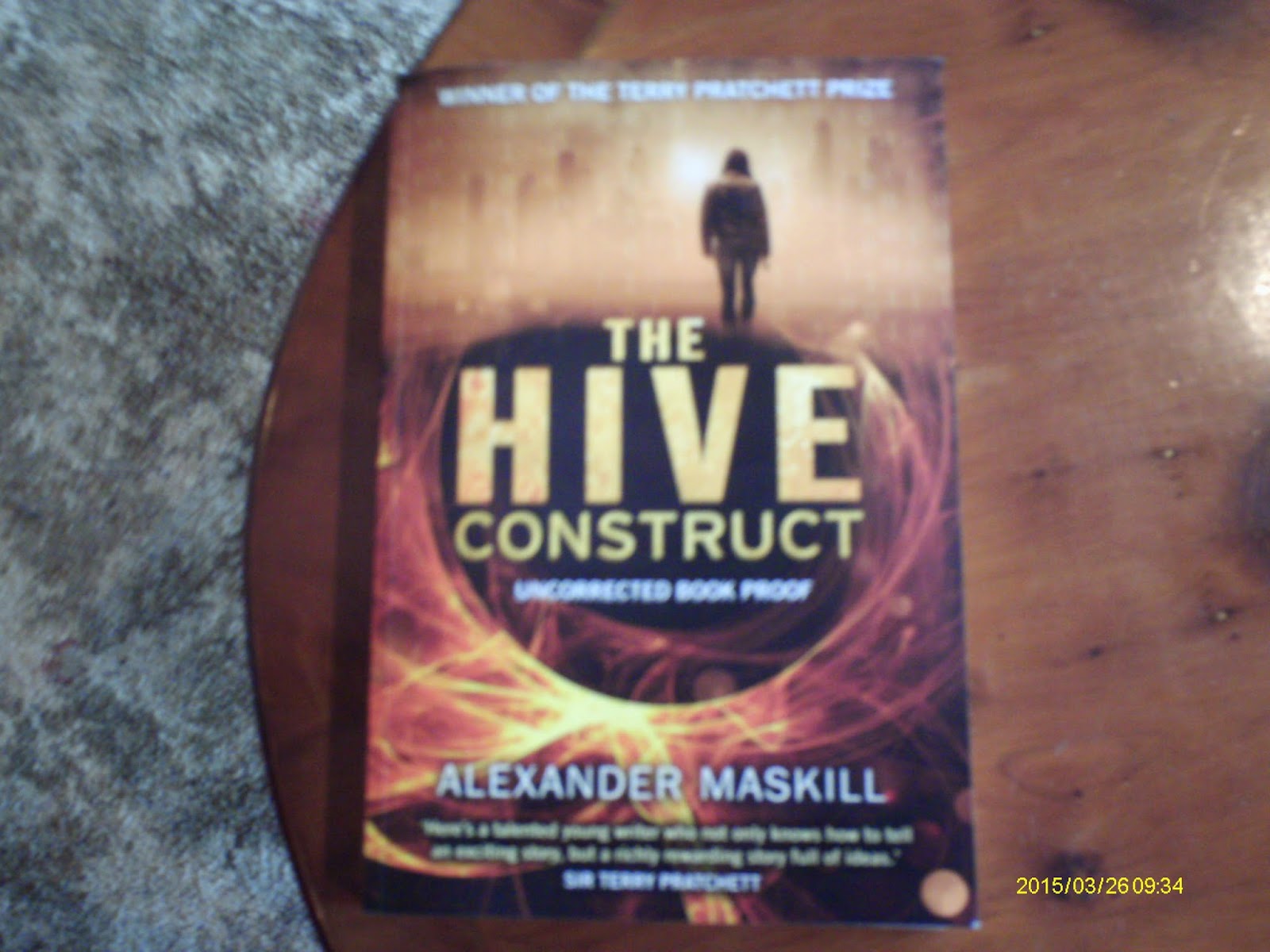 My apologies to those at Transworld/Doubleday who sent me this uncorrected proof copy for comment. Stuff got in the way and I’m more than a bit late for useful comment. I had a slight problem when attempting to start The Hive Construct a number of weeks back but suspect that has more to do with the state of my mind than any fault in the book. This time I slid into it easily over a few days and polished it off late last night. I won’t go into much detail. Cyberpunk staples like hackers, AI, bio-augmentation, civil unrest and nasty corporations are all there, but the tale is engaging, well told and insightful. Suffice to say that it’s not all black and white, good guys and bad guys. I could go on citing this and that but in the end any review is ‘I liked this’ or ‘I didn’t like this’ along with numerous justifications. 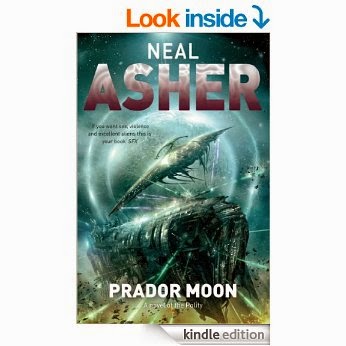 Prador Moon is one of Asher’s most shocking excursions into the Polity's universe of over-the-top violence and explosive action – a vivid, visceral, brilliantly intense space opera that you won’t forget soon.
Posted by Neal Asher at 6:21 pm 1 comment: 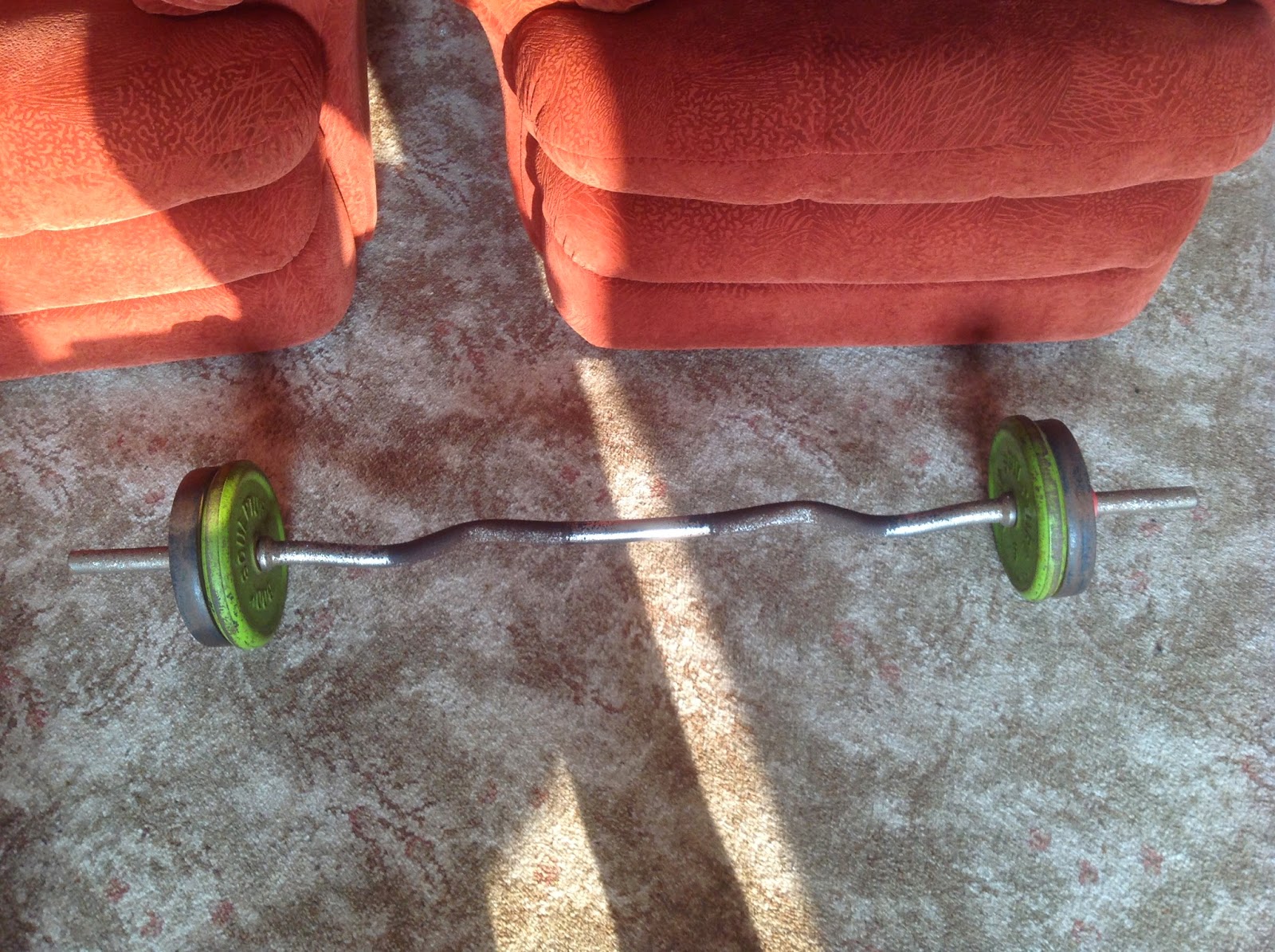 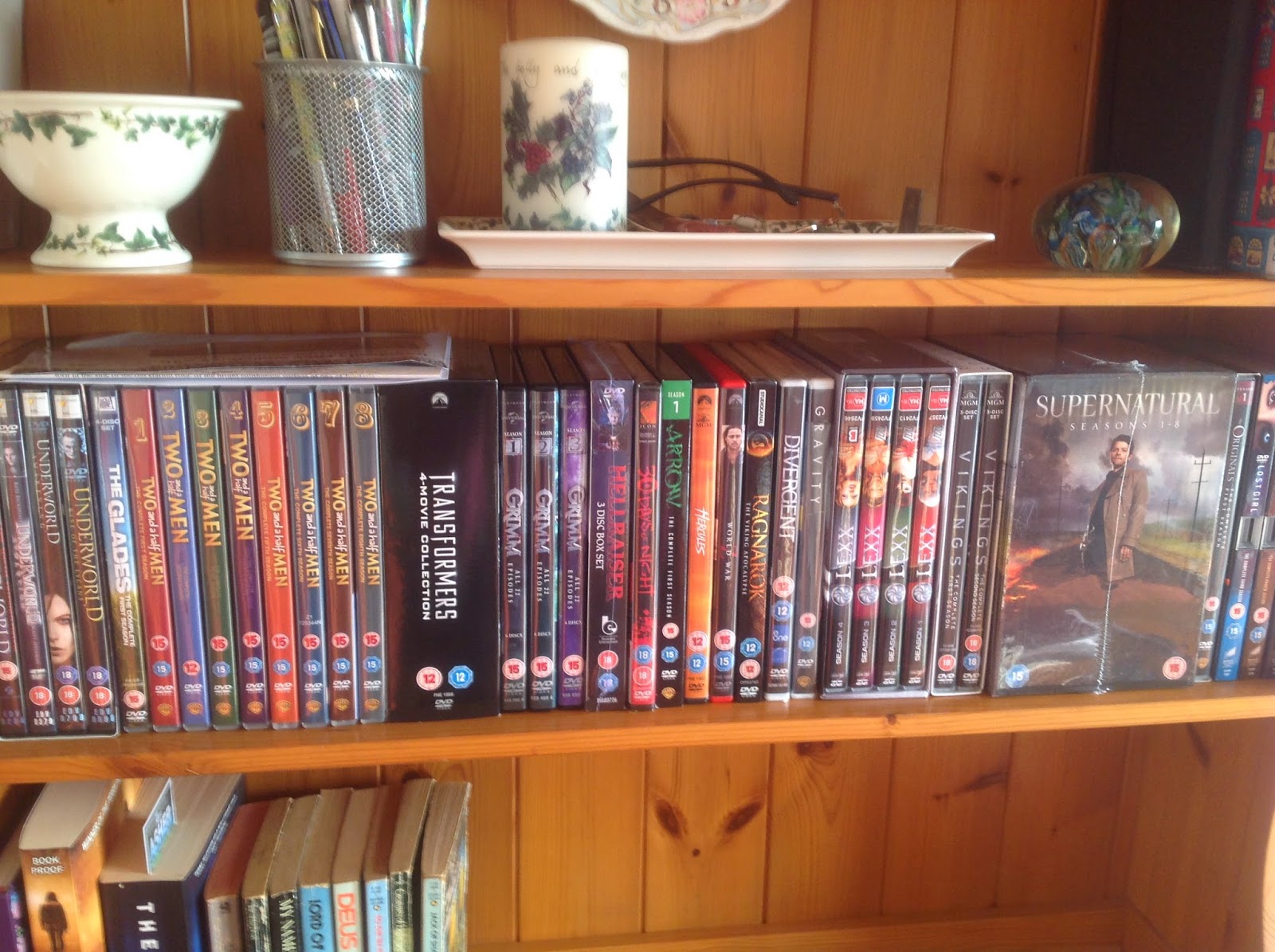 In other news, the second book of the Transformation trilogy will be called War Factory. The original title (after just a working title of Penny Royal II) was Factory Station Room 101. Those at Macmillan didn’t like that much because all the present associations with Room 101 would tell the new reader nothing. I’m happy with War Factory.
Posted by Neal Asher at 4:32 pm 12 comments:

Update On My Eyes

Time for a bit of an update here about my eyes. It has now been over a month since I had refractive lens replacement and the healing process is still on-going. I am sitting here able to read this screen without glasses and I can read printed matter too. There is however, a range to this reading. Text that is at the distance one would normally hold a book is easiest, but double that distance and it is cloudy. My long range vision is good too. When I’m outside looking at stuff I can’t fault my vision but when I’m inside there is a bit of cloudiness for things at about 10 feet, like the time on the DVD player. As with my vision before, the more light the better it is. 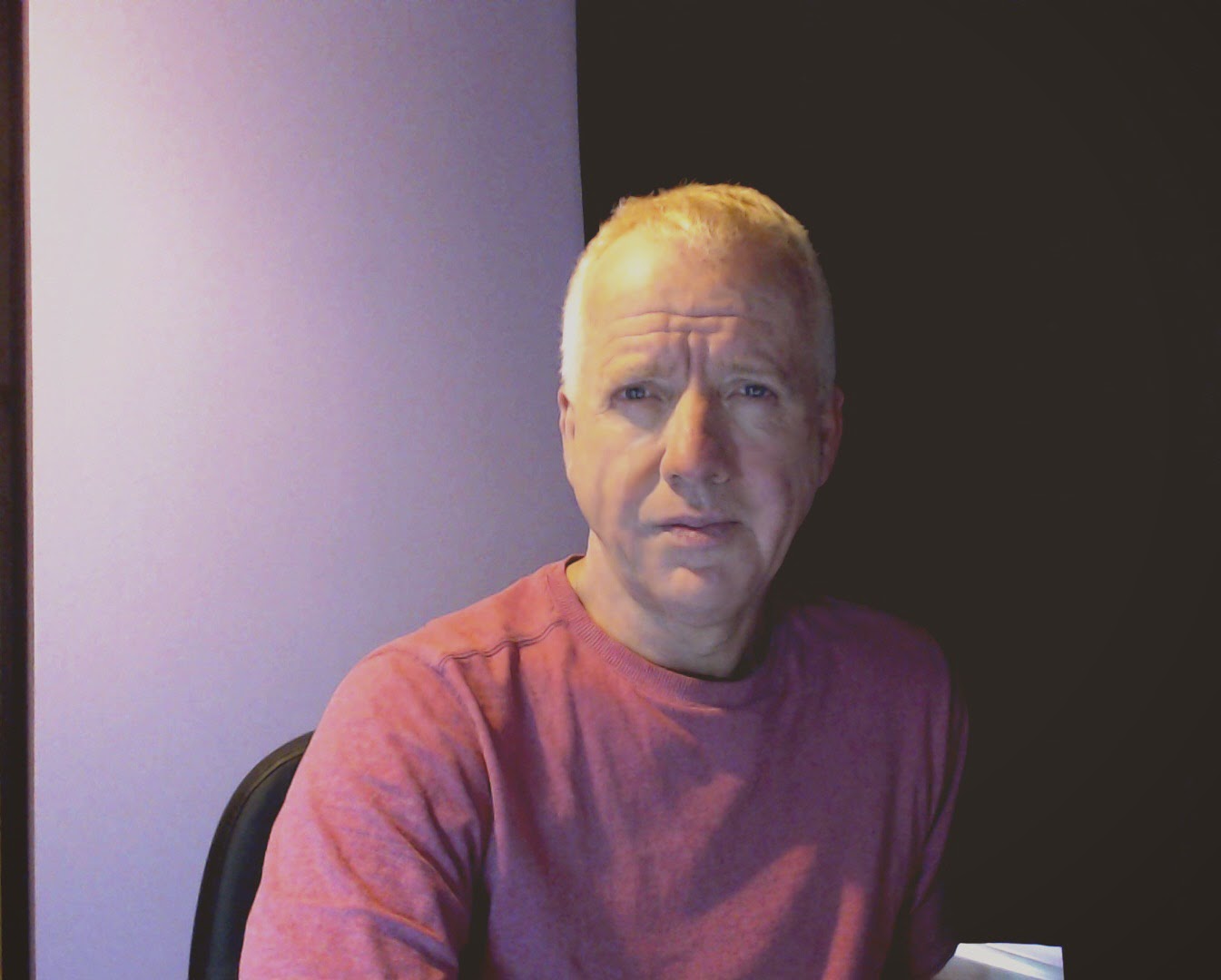 At my last check-up it transpires that this cloudiness is likely due to debris in my eyes. After these operations stuff floats about in there and sticks to the lenses. This can be cleared at a later date with a short procedure with a YAG laser. However, they won’t do this until after the healing process, which takes a minimum of 6 weeks. I’ll be in Crete by then so it’ll have to wait until after I get back. This is not a problem since the light out there is much more intense than here and I’m managing fine without glasses anyway.

Also during that last check-up it turned out I was suffering from dry eye which, since they provided me with eye drops, I’ve found out was also a cause of cloudiness in my vision. Apparently dry eyes are also a by-product of healing. 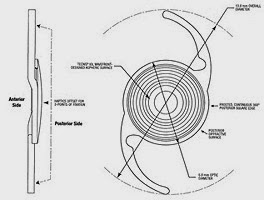 Another problem is halos. If your job were to involve a lot of night-time driving I would not recommend the multifocal lenses I have. Bright lights on a dark background all have a series of concentric rings around them. I get this with small items like the small lights on various electronic devices. I get it round titles on the TV that are on a dark background. And it was especially noticeable during the last leg of my journey back from Chester this weekend – from car headlights when it got dark. Then again, my eyes did not feel tired from the drive and I also wonder if the effect will decrease after the YAG laser and when my eyes are less dry. 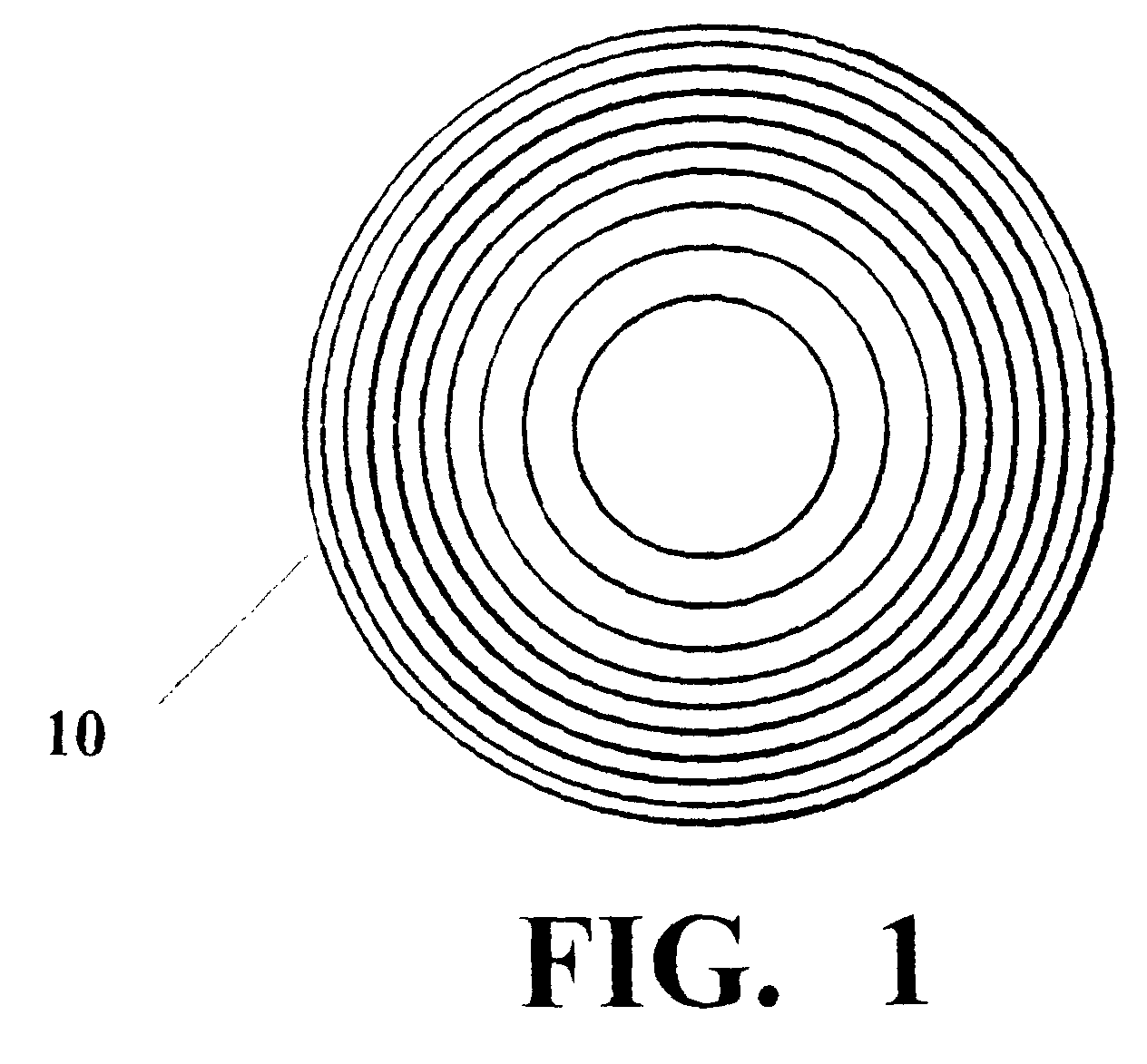 The upshot then is that I’m still not sure if this operation was a great idea. However, this might well be due to my own lack of patience. I was hoping for quick good results. My vision has improved but I doubt I can properly judge the success of the operation until a year down the line.