Who Reads My Books? Kirby Ubben. 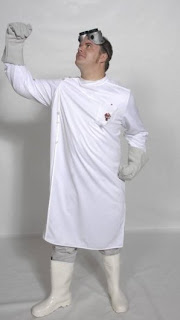 Recently you posted on your blog prior to 1999 you were shoveling shit. well, as fate would have it, same here.
I grew up on a farm in the central US, in the state of Iowa. Shoveling shit was considered one of the 'good jobs.' That's not true, it's not considered good, just available. I did however spend my formative years shoveling the proverbial and quite literal shit.
I didn't fancy sports much, and living in the country, socializing wasn't readily available, so it was books, and largely, those were fantasy and sci/fi. At 18 years of age, in the year of 1993, I moved to Seattle, and happened on a contract job working at Microsoft's Redmond Campus, and my tastes in leisure time literature turned more strongly science/fiction: William Gibson, Bruce Stirling, Isaac Asimov, Kurt Vonnegut.
Over the years, as I moved about, as I went to university and continued the IT career, I always came back to sci/fi. I'd jaunt off on Japanese history, Japanese historical fiction, a good mystery series, but sci/fi has remained my baseline.
Currently (speaking of Dirty Jobs) I work as the in-house systems engineer, defacto IT director, for a small company back here in Iowa, which has been featured on Dirty Jobs. Remember the chicken sexing episode? Squeezing poop from chickens to determine gender? Yup, that's us: McMurray Hatchery.
It's all about poop here in Iowa.
I would guess about 2004, I picked up a copy of a book by a fellow I hadn't read before, one Mr. Neal Asher, on recommendation from a friend in Seattle: Gridlinked.
blown
away
I absolutely fell in love with it; the world it portrayed, the characters, both protagonist and villain equally compelling... I registered gridlinked.net and have been using it for vanity email since.
Next came the epic hunt for all things Asher; minor collector nerd OCD happily at work. The pinnacle of my Asher collection, in my mind, is the copy of Mason's Rats, the paper pamphlet original, closely followed by the US hardcover first edition of Gridlinked, amusingly signed by Mr. Asher himself.
Just another farm boy turned deep Linux nerd obsessed with British sci/fi and the epitome of said genre, Neal Asher.
Increase fanboy count by one, please.
k. 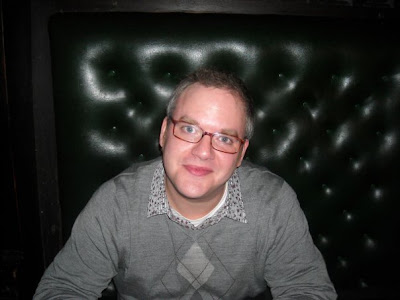 Top poo protection suit... that would come in handy for all the shit that flies around where I work... well actually it would just make people avoid me... which is the same thing.

It's Dr Horrible! Hey, man, I loved your sing-a-long blog.

I love this series, despite the way it highlights the incomprehensible lack of fangirls. Is there any way I can score that treasure of treasures mentioned here: a signed book? Any appearances in the very near future in London or (dare I hope) Stateside?

I know nothing about this Dr Horrible -- I was thinking more about Dexter...

Laura, I'm still waiting for a submission from fangirls. How about you? I don't know when I'll next be in London, nor in the States. Forbidden Planet in London might still have some signed copies to either buy from the shop or from their website. And you can get some direct from me - if you track back through this blog you'll eventually find a list of what I have left.

Kirby, I used to work in a lab where I would massage chickens! No shit tho, but something much worse!

sneak peek neal. 8) available on itunes and amazon. well worth it, promise. 8)

and thanks for the compliments, all. 8)