Last year the tread on the tyres of my car here was getting a bit low and I’d decided that this year I’d change them. But with one thing and another getting in the way I didn’t even get round to checking the tyre pressures until last week. I checked them and they were fine, however, one of the tyres, which had received a knock at some time in the past taking a small chunk out of the side wall, was developing a split. It made me a bit sick seeing that so I immediately went to a local garage to get a new set. This being Crete the guy didn’t have the tyres in – they had to come from Ierapetra – but stuck a second-hand tyre on for me so we were at least safe. The date for my new tyres arriving came and passed. Apparently the tomato truck that delivered them wasn’t running that week. I got them fitted yesterday and now my car has new boots, five days after I went to buy them.

Thursday 30th May
Looking at these pictures you’d probably think to yourself, ooh look, a lovely misty morning in the mountains, and you’d be wrong. I wish I’d taken a picture yesterday when it arrived with a blasting wind, was twice as bad as this and had a yellow tint. There was no mist involved here and not a scrap of moisture in the air, especially with a temperature of 25C at 9.00AM. I could taste dust in my mouth and smell gunpowder in the air. This is of course a dust cloud blown over from Africa, and these pictures are showing the tail end of it. 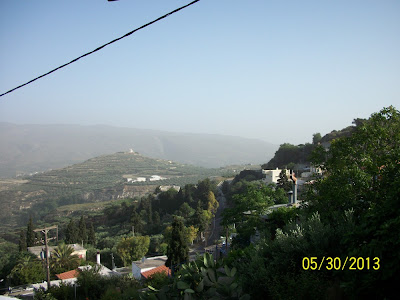 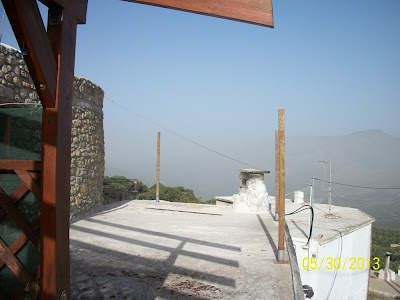 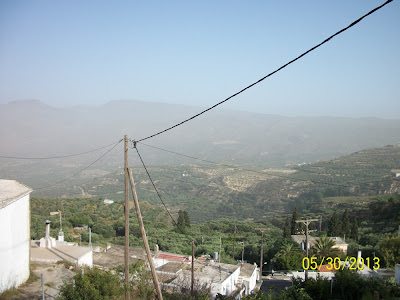 When someone was telling me about this recently, claiming there was a lot coming over and talking about how badly it affected his breathing, I dismissed it as another aspect of born-again non-smokerism, mainly because the day concerned had been forecast cloudy and there was definite high cirrus in the sky. I’ve been changing my mind ever since what with the crap being deposited on my car in recent weeks and now this.

Shock horror probe! Apparently the EU is suing Spain because hospitals there are forcing people, who present their European health card, to get private treatment and/or hand over their insurance details. What a lovely fluffy place BBC land must be. Only in the UK do we have a health system free at the point of use to every foreigner.

Monday 3rd June
Well, how odd that my last post concerned health systems. So, without going into personal detail, what do you think of the likelihood of this happening on the NHS: getting to see a doctor, without appointment, in quarter of an hour; less than an hour later getting blood and urine taken for testing at a microbiology lab; then an ultrasound scan shortly after that, but only when your bladder is full enough – being sent away by the technician to drink beer and water; then being sent by the technician to a specialist doctor for further check-ups and another scan (though having to wait for half an hour because the doctor was busy); and the next day – at midday – getting an MRI scan; and, in every case, being greeted by the professional concerned with, “Yes, I know who you are.” Actually, I wonder if this would even be possible in England if you went private. Quite a lot of this is to do with numbers of people.

One problem with the NHS is how far removed from the people who are paying are the nurses, doctors and bureaucrats. Their paymaster is the government, but these people lose sight of the fact that the government doesn’t have any money of its own – everything comes from the taxpayer. Only rarely do these people get fired if they’re lazy, inattentive, cruel or simply don’t do their jobs right, and rarer still is any likelihood of them losing out financially. It is this remove that allows them to think they can lecture people about their lifestyles rather than getting on with what they’re paid for and, of course, it is the stifling top-heavy NHS bureaucracy that turns people into numbers rather than patients. And in the words of Forrest Gump, ‘That’s all I’ve got to say about that.’

Tuesday 4th June
Over the last year or more I’ve been designating the books I’m writing as Penny Royal I, II & III, but mooting some tentative ideas about what they will actually be called. I’m settling on Isobel for book I because the subplot of this book in the overall story arc concerns one Isobel Satomi, who has some transformational problems. Book II may well be called Room 101 which is a title with a double meaning. Factory Station Room 101 was where many of the bad AIs came from, and is one the Polity would have us believe was destroyed during the prador-human war. Here’s a relevant entry from the Polity Encyclopaedia about the dreadnought the Trafalgar which ... was built halfway through the Prador/human war at Factory Station Room 101 before that station was destroyed by a first-child ‘Baka’ – basically a flying gigatonne CTD with a reluctant first-child at the controls, though slaved to its father’s pheromones and unable to do anything but carry out its suicide mission. The last book might be called Spear and Spine because there are resolutions here for Thorvald Spear who died during the war and lives again, and because he carries the spine of Penny Royal that contains the recorded dead...

Wednesday 5th June
I fill in one page of a journal every day, which can sometimes be boring and repetitive but is part of my daily discipline. At the bottom of the page I record whether I have done 20 press-ups and 20 sit-ups, my weight, the temperature at 9.00AM (only in Crete that one), my fiction word count and my blog one. I also record my main exercise, which at present will be ‘1 dance’ or ‘1 swim’. Sometimes, depending on what resolution I’m trying to stick to at the time, I’ll record alcohol units drunk, cigarettes smoked, food eaten. If I have done all on my present list (and my fiction word count is above 2,000 words) it’s been a good day. Yesterday was a good day because at last, after doing everything else, I found the sea calm enough for me to do my harbour swim. And as always, though I’m often reluctant to exercise, I felt a damned sight better after it.

That’s all – may be a while before my next blog entry. 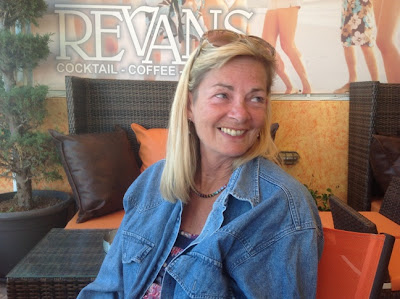 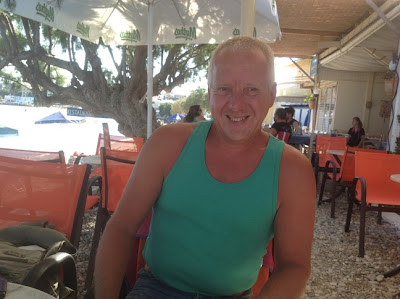 So bye for now from both of us in sunny Crete!

Hiya Neal, just in support of the NHS, it is fee at the point of delivery to all yes. I went to my local urgent care walk centre 45 mins after calling 111 (who made the appointment for me) sat for 2mins (literally only 2 mins)and within half an hour I'd been pumped full of pain killers, given Nitous, had me damaged thumb nail removed, bandaged up and sent on my way, i'vebeen once before and seen just as quickly nd so has my other half. I buggered my back a couple of years ago and had an MRI and Been referred for Physio and received an assessment from them all within a week, it seems pretty good to me!

Sean and Jane, sounds good - better that the one and only time I went into hospital for a stay. I got berated for smoking and drinking while leaning against a hospital bed in agony.