Okay, the prior post on here was not my last on the subject of grief, depression, anxiety and panic attacks because I really need to deliver a bit of a warning. If you have read the previous posts you will know that I had delayed or complex grief. To process this I began looking at photographs I had not dared to look at in two years. The effect was immediate: crying, real grief, but my depression went and my anxiety dropped.

However, as I continued to look at these photographs my emotions were all over the place. I found my anxiety returning on and off and I was far too raw. Visiting the in-laws which was at first a relief began to leave me anxious again. I would have an overreaction to the stupidest things. I bad comment on FB could put me on the floor. I in fact felt, after the initial relief, that I was getting worse again. I felt tired all the time and often icy cold.

Last Thursday I woke to panic attacks, but I was so tired I stayed in bed. They continued and finally forced me out of bed. I had a crappy morning then began to come up in the afternoon. I decided that next time I had attacks like that while in bed I would get up immediately. On Friday that happened, but thereafter I felt shit most of the day. In the afternoon I got my hands on an Ipod dock. I had read that panic attacks are a result of ‘insufficient mourning’ and in the evening I did some more. I had Caroline’s Ipod with all her music on it and I set it playing. The first record to play was Skyfall, which played at her committal. Thereafter came records I had been hearing for years prior to 2 years ago. They wiped me out. It was as bad as the first time I looked at the photographs – records a year ago I walked out of a bar to avoid hearing. However, after that emotional storm I slept okay. Exhausted. And woke the next day without panics. 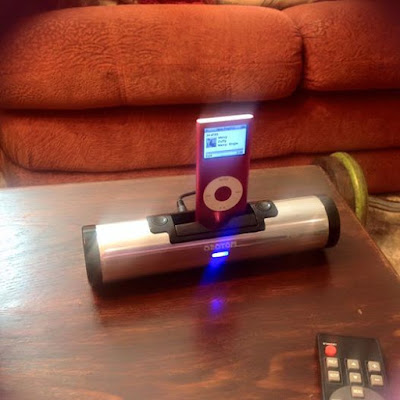 Saturday I was so-so. In the evening I listened to the music again and again it screwed me. That night when I went to bed I immediately started having panic attacks. Every time I was on the edge of dozing off I would have one. I slept maybe half an hour. The next morning I felt awful – the attacks continuing into the day. I went to eat at the in-laws and only managed half my dinner before I had to leave. At about 4.30 in the afternoon I was desperate enough to call 111 for help. A scattering of phone calls across 7 hours and thereafter they forgot about me until 2.00 in the morning, by which time I was in no condition to drive to a ‘night surgery’.

However, meanwhile I trolled the Internet and found that codeine phosphate can help. I had some left over from 2 years ago (for Caroline) and started taking about 30mg every 3 hours, along with kava-kava, Kalms and 5-htp. These kept me sane until the morning when I phoned the doctor’s. I got an ‘emergency’ appointment at 2.30PM. He gave me Zopiclone sleeping pills one of which knocked me out on the sofa for 5 hours. Another one at night gave me another 5 hours and only some mild panic in the morning. Today I have been steadily recovering, but how long this will last I don’t know. The doctor only gave me 7 pills.

To sum up: yes, you must process your grief, but I suspect that, as usual, I have been trying to do too much too quickly. I guess it is comparable to exercise – if you don’t take rest days the exercise doesn’t do you much good. With this ‘processing’ I guess that yes you must grieve, but then give it a rest while your brain deals with it. This is confirmed in a CBT booklet I was given – 4-5 days of ‘exposure’ per week. I did notice over this hellish weekend that at every low point I had, alternately, ‘Broken Strings’ or ‘Skyfall’ playing in my head – both were played at the committal.
Posted by Neal Asher at 4:09 pm

My deepest sympathies, Neal. I've been re-reading all of the Polity books. Am on The Skinner now. You can't know how much your readers appreciate you through your fine work. Action! Yes. But an intelligent and nuanced imagined universe that seems fully functional (with a proviso for necessary handwaving). Healing takes the time it determines it needs. Get well as soon as it happens to take.

I recently discovered your works, and have started a 5 month reading binge. I haven't been this excited to read in years.

I wish that would be enough to help you with your grief and I'm sure it's not. But know that someone (a very grateful reader) in Massachusetts is sending prayers of healing via U Space to you.

It all sounds terrible, Neal. I used to take Zopiclone so a word of warning - it can also act as a mild hallucinogen. It messed with my head and I stopped taking it. I mentioned magnesium supplements on FB. I take one pill every night a half hour before bed, and it really does help calm my mind and rather than chemically induced sleep I have a natural sleep. Been taking magnesium for a month now - best thing I've discovered.

If it's of any use or comfort to you, sharing your situation has made me reflect on my own for the first time in over 10 years. Maybe I'm not alright and should really think about approaching things in a different way.

Terribly sorry to read about your grief. I'm a new reader and have only read a few of your books, being uncertain about what to read in what order.

Yeah music and memory. Whatever you do, don't play "Ascent" by Brian Eno.

I hope you were able to say all the things you needed to before the end. I did with my father and am at peace; played it phony with my mother, and there is no peace there.