Who Reads My Books? Mike Stone. 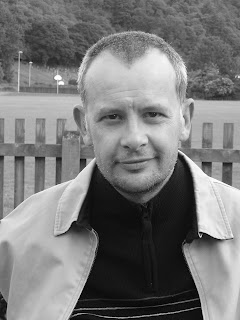 I was born in 1966 in Stoke on Trent, England, and still live there with my wife and daughter. As a result of retinitis pigmentosa, I’ve struggled with diminishing eyesight since my teens, and in 2006 I was registered blind. So, gone are the motorbikes that were my pride and joy, and there’s to be no more tennis or golf. I can still use a computer though, and read books, so things aren’t too bad. When asked what I do for a living, I either tell people I’m a full time writer or unemployed, it depends on who’s asking. I feel a bit of a fraud telling people I’m a writer when I don’t earn anywhere enough to pay the weekly bills.

I am progressing though. I’ve sold over fifty stories to date, most of them written in the sf/fantasy/horror genre. My influences include Graham Joyce, Larry Niven, Adrian McKinty, Terry Pratchett, Garry Kilworth, Jasper Fforde, Iain (M) Banks, Colin Bateman, Desmond Morris, Carl Hiaasen, David Gemmell, George R R Martin…the list goes on and on and isn’t all genre stuff, as you can see. Everything I’ve read and watched is grist to my mill when it comes to putting words on paper.

The most recent addition to that list is Neal Asher. I read The Gabble collection last year and was so blown away I promptly went to Amazon and ordered all I could get my hands on. I’m currently reading (slowly, it must be said) The Voyage of the Sable Keech.

What else can I tell you? Well, 2007 saw a collection of my novellas published as Fourtold, which garnered positive reviews from readers and fellow writers alike, including praise from Graham Joyce and Garry Kilworth...and you can imagine how chuffed I was about that. In 2009 I signed to the Sobel Weber Associates literary agency who are now shopping two of my novels to various publishers. I have just finished co-editing an anthology of Irish crime stories for Morrigan Books, which should be out mid-2010. Also this year I have two novellas coming out as chapbooks. One of them is called The Skinner! It is, I hasten to add, nothing like Neal’s wonderful novel of the same name. My skinner is a werebear preying on other werebeasts in a near-future Britain. No spatterjay viruses in sight. 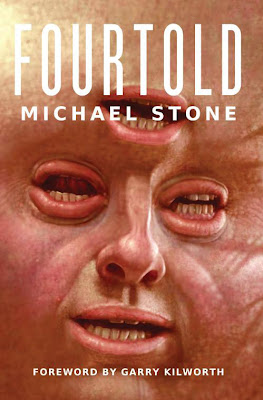 Thanks for giving me a nod as an influence. Hopefully a positive one.

Although in terms of sales you'd be better off with Lee Child I reckon.

Your website needs links through which to buy your book.

On that note, what's the way to buy your book that will get the most revenue into your hands?

Who's that addressed to Lasar?

I can't see Lee Child's name without grinning after reading Bruen and Starr's THE MAX. The villain was a Lee Child lookalike who used his smarmy charm to bed the writer's female fans.

@_Lasar, I think your question was aimed at me as you said book singular. Assuming that is the case, I'll direct you to Amazon for the best deal. However, I'd profit more if you bought a copy directly from me. I have a few here and I'd gladly personalise one for you. I will have to charge you the full cover price, although I'm willing to send it free postage if that makes it more attractive (and competitive with Amazon!). Email me at inspiral at aol dot com. Thanks for your interest.

Yeah, that was addresed to Michael, sorry for the confusion. I already all the Asher books I could get my hands on :)

Michael: I'm sure I can't go cheaper than Amazon (apart from used copies) but that was exactly what I'm not looking for. Email about to be sent.

It needed clarifying, Lasar. It could have been directed at me, Mike or that Adrian fella.

This is why I am not a writer.

Got your email _Lasar, you should have got one back.